The bonus-point win moved them level on points with leaders Munster, who play away at Leicester tomorrow at 5.30pm. 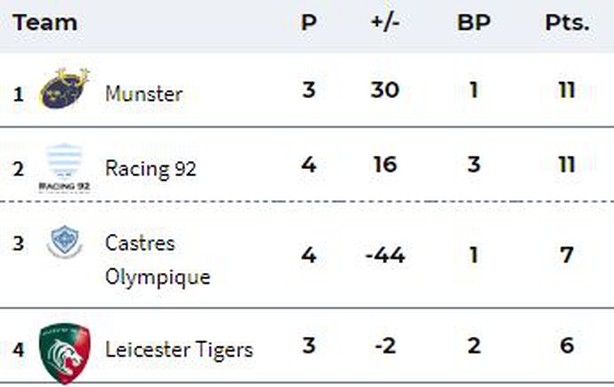 Rory Kockott converted his own try for Castres, but Racing won comfortably despite having their Argentina international wing Juan Imhoff sent off for foul play midway through the second half.