Leinster survived the early loss of Johnny Sexton and two yellow cards to grind out a 22-17 Champions Cup win over Exeter.

Leo Cullen’s men now top Pool 3 by five points and have ended any realistic expectations the English champions had of progression.

The hosts lost Ireland out-half Sexton after only three minutes as he failed to return from a HIA.

His replacement, Ross Byrne, also need an assesement soon after coming on but he was deemed fit to return. 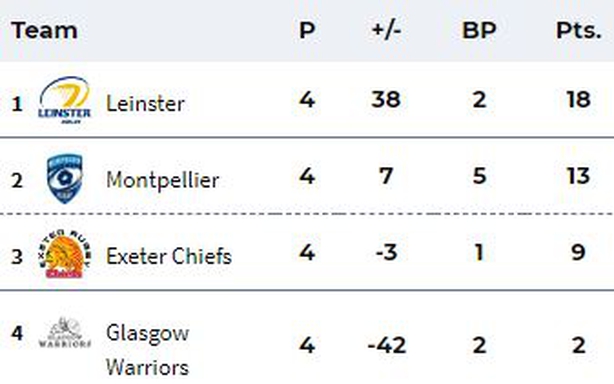 In that time Exeter took the lead through a Sam Skinner try and dominated the first-half proceedings at the Aviva.

Prop CIan Healy was lucky to receive only a yellow card in the 19th minute when he charged into a ruck but Luke Cowan-Dickie added another try in the 31st minute.

Scott Fardy was handed 10 minutes in the bin in a futile attempt to stop that score as Leinster struggled to get to terms with a team they had defeated away last weekend.

Three penalties from Isa Nacewa kept Leinster in touch and they trailed 17-9 at the break.

The captain added two more before Luke McGrath raced over to hand the Blues the lead for the first time in the 67th minute, an advantage they would hold on to.

"In front of 40,000 people, we owe a lot to them at this time of year" - MOTM Isa Nacewa spoke after his side's win at the Aviva. #LEIvEXE pic.twitter.com/CyS86H86IP

"Exeter came here with more energy than us in the first 40," Nacewa said after the game.

There were shades of the 2013 Northampton game for large parts of the contest with Exeter threatening revenge for a home defeat last Sunday.

Unsettled by the early disruptions, which saw McGrath having three different out-halves in a six-minute spell, Leinster struggled to find any rhythm and the English Premiership leaders took the game by the scruff of the neck.

In the end the hosts conceded 11 penalties and had to spend 20 minutes with just 14 men, but it could have been worse had referee Pascal Gauzère taken out a red card for Healy when he was reckless at a ruck. 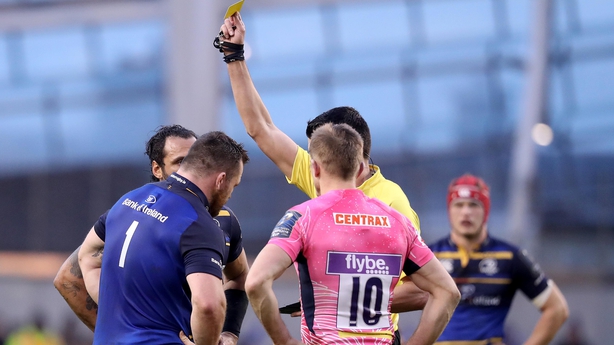 But the boot of Nacewa kept Leinster in the game and before McGrath scooted over for the winning score they were enjoying 70% possession, almost a complete turnaround from the opening 40 minutes.

That they survived a stern test for almost an entire game without Sexton will be another reason for Cullen to cheer but their hopes of silverware in May almost certainly rest with keeping the triple Heineken Cup winner fit.

Earlier in the day Montpellier secured a bonus point in a 36-26 win over Glasgow.

Leinster's next Pool game comes on January 12 when they host the Scots, who will only have pride to play for at the RDS.