She took charge of the Challenge Cup meeting between Bordeaux-Bègles and Enisei-STM on Friday night.

It’s the latest achievement for the Limerick woman who has been blazing a trail as a referee on the international stage.

In November she was named referee of the year at the World Rugby Awards in Monte Carlo.

Neville played for Ireland for 11 years and during that time earned 70 caps. She retired from playing after Ireland’s Grand Slam win in 2013 and after hanging up her boots she picked up the whistle.

In an interview with RTÉ earlier this month she revealed that during her time as a referee she has encountered some negative reactions because of her gender but feels the best way to deal with them is by performing on the pitch. 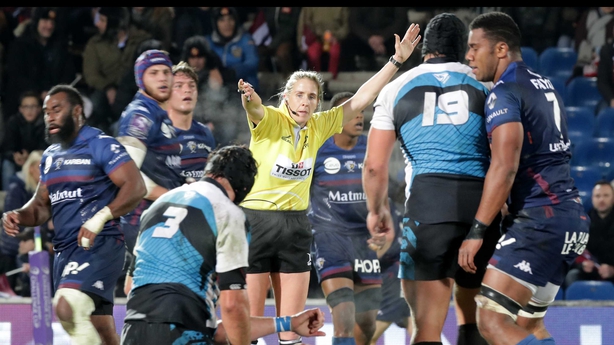 "There’s no point getting defensive about it, it’s about changing perceptions and educating people so they understand that it’s not about the gender of the person refereeing," said Neville.

"Nine times out of ten the individual will come up after and say wow that was great when is your next game and that for me is the reward."

When asked what sets her apart from her male counterparts Neville revealed that she thinks it's her empathy.

"I think as an ex-player I'm more empathetic with the players and I have an understanding of what they are trying to achieve.

"I understand what they are feeling when things aren’t going well, maybe it's a female emotional trait that they appreciate, a softness." 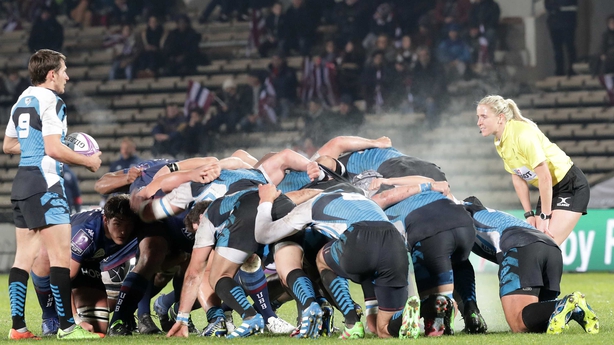 The former player also recently signed a professional contract with the IRFU, she has made up incredible ground in a short period of time and has no intention of slowing down.

"If you asked me three years ago would I be capable of officiating a PRO14 game, I would have said no but I am very optimistic now and I think anything is possible to a certain degree.

"I am very thankful for the opportunities, the IRFU are very forward thinking and I have been provided with challenges thankfully where as in other countries the same opportunities wouldn’t be there.

"My next goals are to referee in the middle for the PRO14 and possibly hopefully be in line for a Six Nations gig whether it is this year or five years down the line."