Munster out-half Ian Keatley believes his team’s more clinical attacking display against Leicester was the difference between the sides at Thomond Park, but is braced for a backlash at Welford Road next weekend.

Johann van Graan enjoyed a memorable Champions Cup coaching debut as his team coasted to a bonus-point 33-10 victory over their old rivals to assume control of Pool 4.

First-half tries from Rhys Marshall and Simon Zebo, plus scores after the interval from captain Peter O’Mahony and flanker Chris Cloete means they hold a four-point advantage over Castres in second place leading into round four of the competition.

Keatley continued his impressive form this season with another assured performance at 10 and told RTÉ Sport that the two-time European champions got their just rewards in Limerick.

"It was a very good result. In fairness, Leicester threw everything at us. I think we got a few rub of the greens and we built momentum and capitalised very well. We made our chances stick.

"That was pretty much the difference as they had chances too."

The Ireland out-half hyper-extended his knee during the contest, but played on despite some discomfort before being replaced by JJ Hanrahan.

The 30-year-old admits the knee is "sore", but is confident with rest he will be fit for the return fixture next weekend. 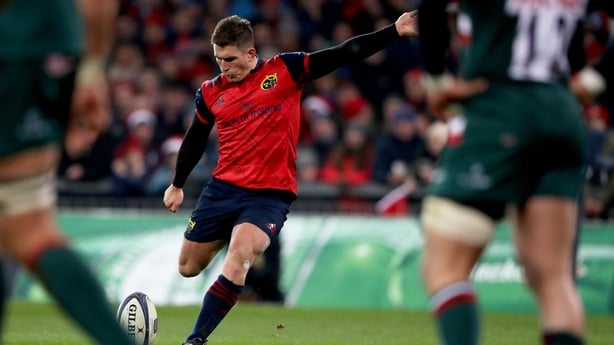 The former Connacht player had four successful kicks at goal in the opening period, though failed with two very difficult conversion attempts on the sideline after the break.

"I’d still back myself to get them," he said." The Thomond Park wind...you look at the flags and they are going left to right, but it’s actually bouncing off the stadium and it comes right to left. It’s a tricky wind.

"I still think I should have got those kicks." 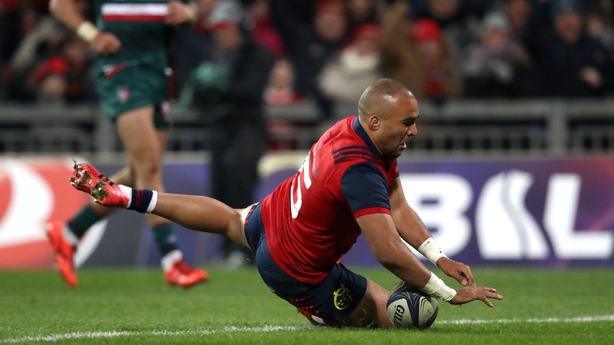 Keatley is expecting Matt O’Connor’s side to be bristling for revenge and having lost on their last two visits to Welford Road the past two seasons, says the game will be very much in the melting pot.

"A bonus-point victory over any team is a good result. Leicester are going to come back next week.

"We know it is going to be a tough one over there. It’s half-time and we have got to put in another performance." 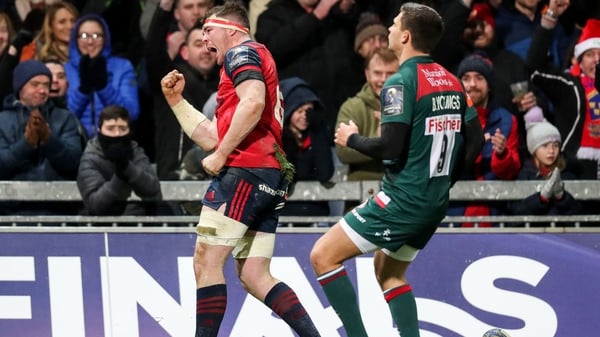