Donnacha Ryan finally made his bow for Racing 92, but it ended in a 27-17 Top 14 defeat to Stade Francais.

Ryan, who has been out with a neck injury, started in the visiting second row at Stade Jean-Bouin in what his first appearance since Munster’s Pro12 final defeat to Scarlets back in May.

Stade Francais were in total control at the break, leadingg The home side were full value for their win as they dominated for large periods and held a comfortable 24-7 lead at half-time thanks to tries from Sekou Macalou and Waisea Nayacalevu.

So'otala Fa'aso'o gave Racing some hope when he ran in on the turnaround but Stade closed it out to take the bragging rights.

@Ian_madigan now has 103 points for @Bristol_RFC in league games this season in just 8 starts and 2 replacement appearances. The 33rd played to rack up a century of league points for the club.

Ian Madigan fired Bristol into a fourth-minute lead off the tee at Donacster Knights but Pat Lam's men had to go to utilise their full armoury to kill off a stubborn Doncaster Knights.

Alapati Leiua dived over two minutes from time to seal the bonus in a 38-18 win at Castle Park.

Donncha O’Callaghan suffered bitter disappointment on a freezing Friday night in Worcester as his Warriors fell to an 18-14 loss against Sale Sharks.

Mark Jennings settled it in the 71st minute, dotting down through a crowd of bodies with MacGinty nailing the conversion.

The hosts threw everything at their opponents to try and pull it out of the fire but Sale hung on. 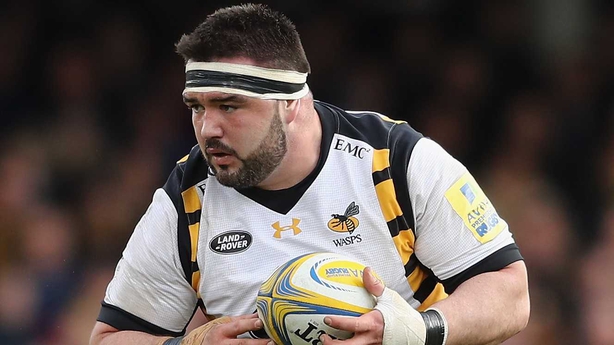 Kearnan Myall barged his way over right at the death to snatch victory and move the hosts up to fifth in the Premiership.

Former Leinster prop Moore will return to Ireland next summer having agreed a two-year deal with Ulster.