World Rugby says that it has clarified queries by the Irish and French bids "in full" but that the recommendation of South Africa as preferred World Cup hosts for 2023 remains.

Earlier this week, it emerged that IRFU chief executive Philip Browne had strongly questioned the scores given to South Africa in the areas of 'Stadia' 'Security' 'Major event hosting experience' and 'Financial, commercial and commitments'.

French Rugby Federation President Bernard Laporte had previously accused World Rugby of "negligence" and "amateurism" and being dishonest about he independence of the consultancy agencies employed as part of the report, which ranked France second and Ireland third.

World Rugby Chairman Bill Beaumont said that the organisation now considered "the window for dialogue" closed until the final vote on hosting next Wednesday.

The organisation's CEO Brett Gosper denied there was any bias against Ireland.

"Ireland is incredibly competitive in this process," he said. "If they consider themselves a small country, they are in the game and will continue to be.

"And in this particular contest you’ve got two countries that very recently have hosted some world-class events beyond Rugby World Cup [EURO 2016 and FIFA World Cup 2010], and have demonstrated and been experienced in deploying their talents around events such as this. It’s a tough competition."

"World Rugby can confirm that it has addressed in full, clarification requests by the Rugby World Cup 2023 host candidates and Council members.

"The ability to submit clarification requests following the publication of the recommendation and comprehensive report on 31 October was agreed and permitted within the host selection process operated by World Rugby.

"These clarifications have been addressed with significant supporting detail, and have been shared with the host candidates and World Rugby Council.

"The comprehensive and objective responses reflect the transparent principles at the heart of the independently audited process. They do not impact on the detail or outcomes of the evaluation report nor on the subsequent recommendation.

"World Rugby Chairman Bill Beaumont said: "Following the publication of the Rugby World Cup 2023 recommendation and evaluation report, I would like to thank the host candidates for their feedback.

"In order for Council to have appropriate time to consider all the materials, the window for dialogue is now closed. We now look forward to Council making its decision in London on 15 November." 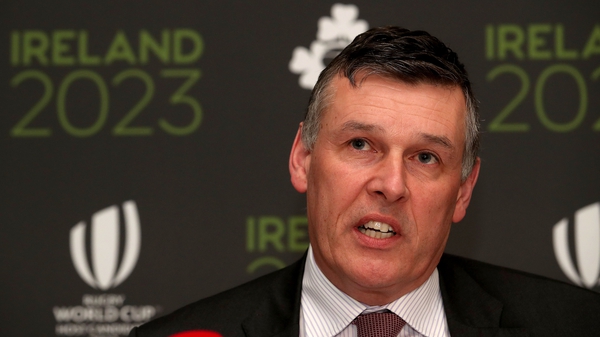