With four uncapped players and others not long on the international scene, there is a freshness about the Irish team that will take on South Africa on Saturday.

For Peter O'Mahony, the likes of Bundee Aki and Jacob Stockdale getting their chance is a gelling process that he believes has given the squad a heightened energy in advance of the Autumn Series.

Speaking to RTÉ Sport, the Corkman said: "You can certainly feel the buzz in how well the training has gone; it has been very enjoyable.

"These new guys have a savage hunger and that is driving some of the senior guys on.

"It's not that they need a kick up the arse, but it's good that everybody is going in the same direction. That kind of energy gives everyone a great lift."

South Africa are already well road tested after their Rugby Championship campaign, and O'Mahony feels he and his colleagues must be ready for the challenge of the Springboks.

"You can't go out and make excuses and say that it's our first game in a while, we are given the tools to go out and play a good game," he added.

"It's something you relish. It's why you love to play the game. You want to be testing yourself against the best.

"Every time you play one of the big four southern hemisphere teams you get a real measure of where you're at and how well you are going.

"It's going to be a big, physical encounter on Saturday. We're in a results business, but individually every player wants to deliver a performance that helps to deliver the desired result." 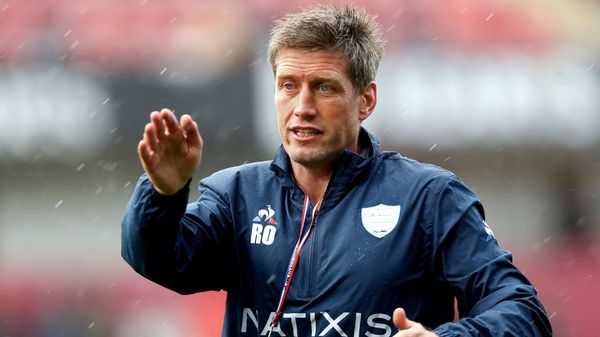