Tadhg Furlong’s first start for Ireland was a daunting battle against ‘The Beast’ Tendai Mtawarira. Fast-forward 17 months and the South African prop is eagerly looking forward to renewing rivalries with the Lions tighthead.

Furlong’s rise on the international front has been nothing short of meteoric.

Named in Joe Schmidt’s 2015 World Cup squad three days after making his international bow, his first start came in Ellis Park, the second in a three-match series in South Africa.

The Springboks gained revenge that day, after falling to a first-ever home defeat to Ireland the previous week in Newlands, the 23-year-old Wexford native held his own against the most-capped prop in South African history.

From there the Leinster frontrower has set the standard in the Six Nations and was the cornerstone of the Lions scrum that drew a series in New Zealand. Not bad for a player hoping to earn just his 17th cap for his country on Saturday (kick-off 5.30pm, live on RTÉ 2).

Mtawarira failed to make any inroads on the Test rookie last summer – Mike Ross started in Cape Town and Port Elizabeth - no mean feat for the budding prop up against a man who almost single-handedly destroyed Lions hopes of victory in the opening Test of 2009 series.

England’s World Cup winner Phil Vickery was withdrawn after 45 minutes and ever since, the 95-capped international has showcased his talents right across the rugby globe.

The Sharks legend remembers their last visit to Dublin, a 29-15 defeat when the Springboks were expected to leave the Aviva Stadium with a win - expectations based largely off the back of a win over the All Blacks and a number of key injuries to the hosts.

"We weren’t too happy with our performance," he told RTÉ Sport.

"The lesson we can take are that the conditions are different here. This team has a great balance of youth and experience. The guys are geared up for Saturday."

A student of the scrum as well as a master of the trade, the 32-year-old kept a close eye on the Lions tour, and was particularly taken by the performance of Furlong against Joe Moody in the three Tests, widely regarded as the best loosehead in the game.

According to Mtawarira, Furlong is the standard bearer in northern hemisphere rugby. 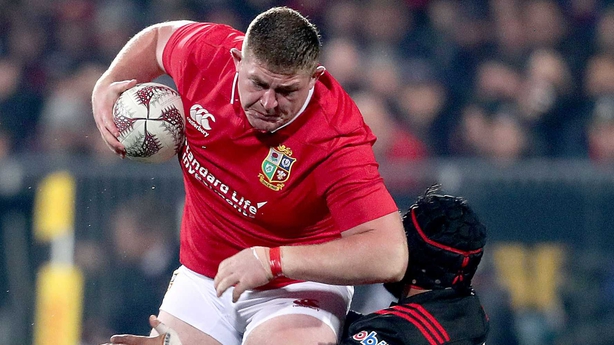 "I watched him in the British and Irish Lions series. He did very well. I have huge respect for him. He’s a great tighthead.

"He has made his mark as the best tighthead up north. He’s solid at set-piece time. He gets around the park, gets through the work.

"I’m looking forward to the challenge on Saturday."

The Springboks hit rock bottom in the 57-0 drubbing against New Zealand in the Rugby Championship in September, but they rallied to record two draws against the Wallabies and went within a whisker of shocking the world champions in Cape Town last time out, eventually losing out 24-25 in a thriller.

"We don’t want to just go through the motions, we want to dominate" - Tendai Mtawarira

They are still however without a win in four Tests, but the prop has seen incremental improvement and is looking for the pack to put a marker down ahead of games against France, Argentina and Wales.

"We have been scrummaging well," he said.

"For us it is all about continuous improvement, making sure that we keep on pushing each other. Everybody in the pack wants to play their part."

"We don’t want to just go through the motions, we want to dominate." 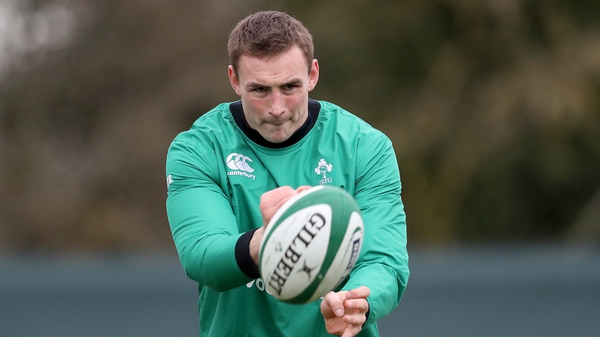