Fresh from becoming one of the first female referees to officiate at a men's international, Irish official Joy Neville will break further ground after being appointed to take charge of Challenge Cup game in December.

The former Ireland international oversaw the clash of Norway and Denmark on 28 October and will now become the first woman to referee a European professional club fixture when she takes charge of Bordeaux-Bègles and Enisei-STM in the Challenge Cup on 15 December.

Neville, who won 70 caps for her country including a Six Nations Grand Slam in 2013, will go into the record books when she referees the Pool 1 game at Stade Chaban-Delmas as she continues her rise through the ranks.

The Limerick woman has already been appointed as an assistant referee at Champions Cup, Challenge Cup, Continental Shield and Guinness PRO14 levels, and she also took charge of the Women's Rugby World Cup final between New Zealand and England in August.

In advance of her Challenge Cup debut, she will officiate as an assistant referee at the Barbarians versus Tonga at Thomond Park on Friday,  as well as Spain versus Canada and France versus Japan later this month.

Last month Neville revealed details of the phone call that gave her the motivation to become a referee and attempt to break new ground. 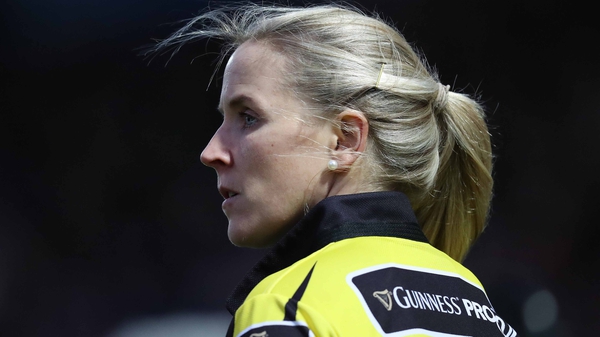