Former Ireland international Bernard Jackman believes the absence of Jared Payne and Garry Ringrose will allow Robbie Henshaw to thrive at outside centre in the upcoming Autumn Series.

Joe Schmidt’s side welcome South Africa, Fiji and Argentina to Dublin, and one of the more interesting aspects of his team selection against the Springboks in particular will be the make-up of his midfield.

Jared Payne remains sidelined with migraine issues that ended his Lions tour of New Zealand prematurely, while Garry Ringrose continues his rehabilitation from a shoulder injury.

Henshaw looks likely to move from his more customary 12 jersey for Ireland to outside centre, with the possibility of partnering former Connacht team-mate Bundee Aki, who has been included in the squad.

The Leinster midfielder has made no secret of his preference for 13 and speaking to 2fm’s Game On programme, Dragons head coach Jackman says he is looking forward to the 24-year-old showcasing his talents in the outside channel.

"You have two incredibly powerful players [Henshaw and Aki]," he told listeners. "Both are comfortable in attack and defence, both have good footwork.

"Garry being injured has given Robbie some really good game time at 13. It gives him a little more space.

"Robbie can play international rugby at 12, 13 or full-back if you are stuck because he is a really talented player.

"I like Garry Ringrose, I think he’s special, but it would be great to see what Robbie can do. It means that if Garry is out in the future, we’ll know who the next man up is." 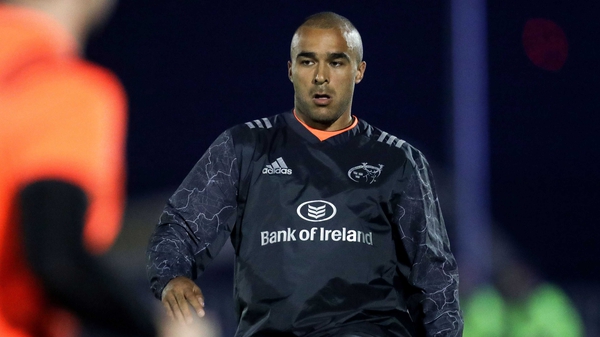