Bundee Aki can become a "special" player for Ireland, according to his former Connacht coach Pat Lam.

New Zealand-born centre Aki has won his first Ireland call-up for the November Tests, after completing his three-year residency period.

The 27-year-old with Samoan parents is one of four uncapped additions to head coach Joe Schmidt's 38-man squad for Ireland's Tests against South Africa, Fiji and Argentina.

Lam convinced Aki to trade New Zealand's Chiefs for Connacht in 2014 and believes the battering-ram centre has shown "real guts" to provide for his young family and now realise his Test rugby dream.

"I've said it from day one when he signed for Connacht, then again when I was leaving for Bristol: nothing would make me more proud than seeing Bundee wear that Ireland jersey," said Bristol coach Lam.

"He's an exceptionally talented player, but he's very passionate, he just loves teamwork and operating at the highest level is where he deserves to be.

"It took real guts for Bundee to move to Connacht, to look after his young family.

"He's going to be special for Ireland if he gets capped."

Former Samoa flanker Lam believes hard-hitting centre Aki has proven his commitment to Ireland by throwing himself into life in Galway - and rejecting a big-money move to France. 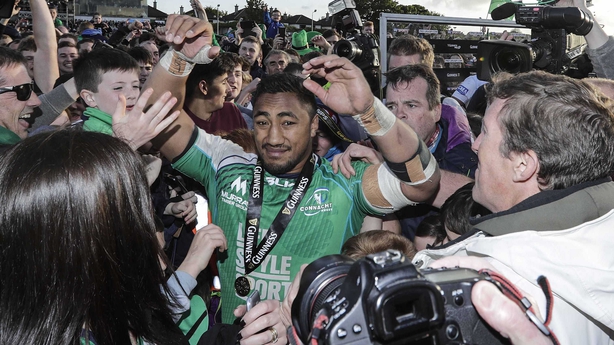 And now Lam expects the former Chiefs star to hit the ground running at Test level.

"When he came up to the west of Ireland he fitted into the team environment immediately - and he loves that," said Lam.

"The proof of the pudding was that a lot of clubs, particularly in France, came hard after him and he chose to commit to the west of Ireland - and that probably shocked a lot of people.

"He really fell in love with the place and what it stands for.

"It's not a decision he's made lightly, it's because he's thoroughly enjoyed his time in Ireland - and the Irish people love him as well.

"He took his time on the decision, people tried to pull it out of him but it wasn't a reality when he wasn't eligible." 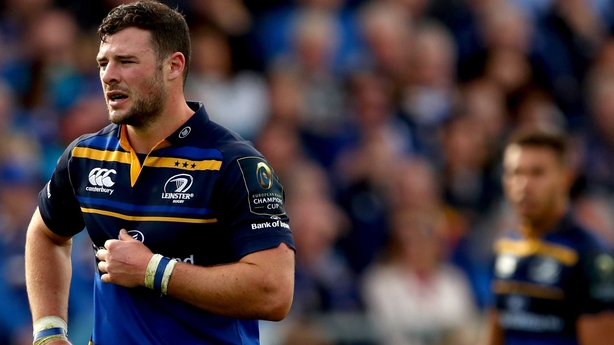 Aki's Ireland elevation throws up the potential to reprise his Connacht centre partnership with Robbie Henshaw, now starring at Leinster.

Lam believes the firm friends could excel in tandem in Schmidt's side.

"Those two get on really well," said Lam of Aki and Henshaw.

"Some of the things they would practise and pull off only comes down to a very strong relationship.

"It would be exciting to see what those two could do together."