Garry Ringrose will play no part in Ireland’s upcoming Autumn series, with Leinster not expecting the centre to return until at least the end of November.

Joe Schmidt’s side will conclude 2017 with home games against South Africa, Fiji and Argentina, but Leinster head coach Leo Cullen has confirmed the 22-year-old will not be fit in time for the international fixtures.

Ringrose underwent shoulder injury in July and it was hoped that he could feature against the Pumas, but Cullen doesn’t expect to see the player return to action in time.

"Garry is still a bit off so he is probably looking at the end of November," he said.

Schmidt already has midfield concerns with Jared Payne still yet to feature for Ulster this season.

Migraine issues cut short his Lions tour of New Zealand in the summer, and it could pave the way for Bundee Aki to come into the international fold.

The Connacht centre is now qualified under the residency rule and has already trained with the Irish squad at Carton House.

Ulster's Luke Marshall and Stuart McCloskey and Munster's Rory Scannell are others in contention to partner Robbie Henshaw in midfield. 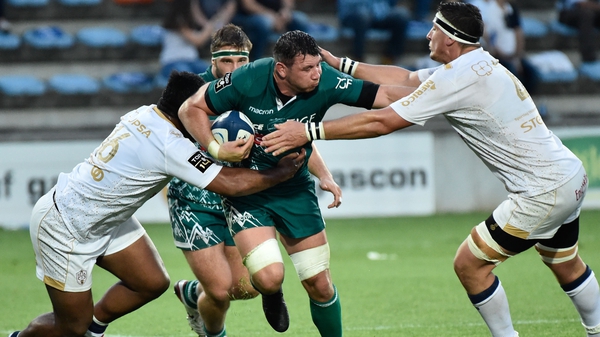