"The cool heads came to the party."

It may not have been pretty but it was fascinating.

It took Munster an hour to break the deadlock against Racing in an error-strewn display in difficult conditions at a windswept Thomond.

The lashing rain didn’t help either side. But, in terms of Champions Cup Pool 4, it was a game that Munster could ill afford to give up any more points.

They took two from France last week and four were badly needed here. Leicester sit on top of the table with 6 points following their bonus-point win over Castres.

The 14-7 victory came courtesy of Conor Murray’s block-down and a neat finish from Andrew Conway. 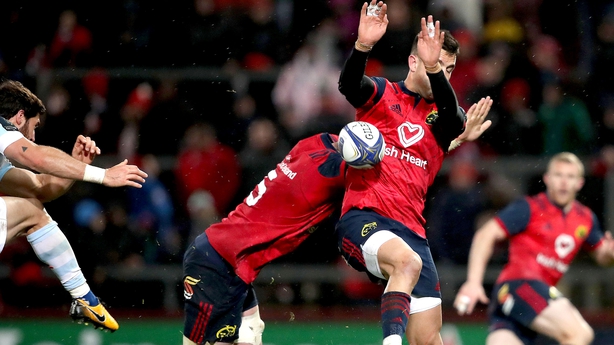 Rassie Erasmus, the Springboks-bound director of rugby, conceded that it was "guts" and not skill that won the day.

"It wasn’t a great performance but it was a really gutsy performance," he told RTÉ Sport.

"This week the cool heads came to the party, which helps a lot. 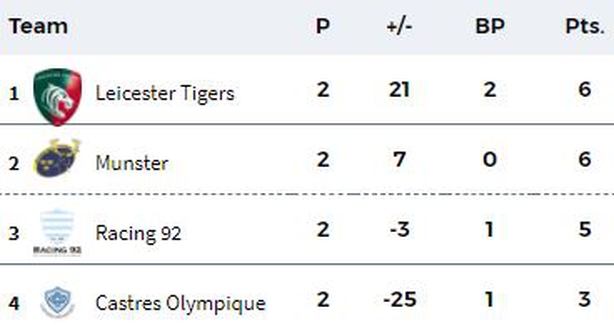 "It was really a Test-match atmosphere, it was really physical, both teams came to the party intensity-wise and I think the conditions made it hard, obviously both teams struggled in the lineout.

"It was impossible to handle the ball really well in this weather and the wind.

"We thought it would come down to scraps, the bounce of a ball here, a charge-down there, we actually talked about the charge-down at half-time.

"We thought it could end with a charge-down and we started focusing on this. Well done to Murray who saw that opportunity. That’s where the game opened up." 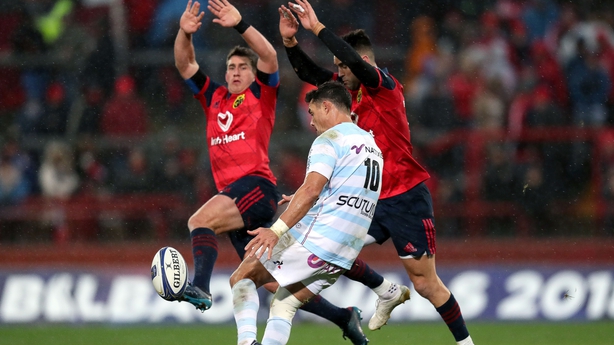 All Blacks legend Dan Carter shipped a knock early on but was able to complete 52 minutes at out-half for the Top 14 side.

Having missed last year’s Thomond Park meeting between the sides, he revealed he’d been looking forward to sampling the unique Limerick setting.

"It was brilliant, I absolutely loved it," he told RTÉ Sport.

"It was a fantastic atmosphere. I’ve always wanted to play here. It’s what any rugby player wants to play in front of.

"There’s not many opposition that come here and get a win so I was kind of hoping we could do that and give it a bigger tick rather than just playing here so I'm disappointed we didn’t get the result but at the same time on a personal level it was great to play in front of that atmosphere."