The term 'dead rubber' has become drearily familiar for Australian rugby fans at the tail end of a Bledisloe Cup series, but the Wallabies' desperation for any kind of win over the All Blacks should ensure a spirited clash in Brisbane on Saturday.

The All Blacks took an unassailable 2-0 lead in the annual three-Test series way back in August, pinching a last-gasp 35-29 win in Dunedin that left the Wallabies heartbroken and deprived of the coveted trophy for a 15th straight year.

Neither team has been beaten since that epic encounter but both have travelled very different trajectories.

The All Blacks have battled a mounting injury toll, forcing coach Steve Hansen to mix and match across the team-sheet. The back-ups have performed well, helping the side to six straight wins in the Rugby Championship.

Flyhalf Beauden Barrett was added to the casualty list this week after failing to recover from head-knock in the last match against South Africa, allowing Lima Sopoaga his first start in two years at Lang Park. 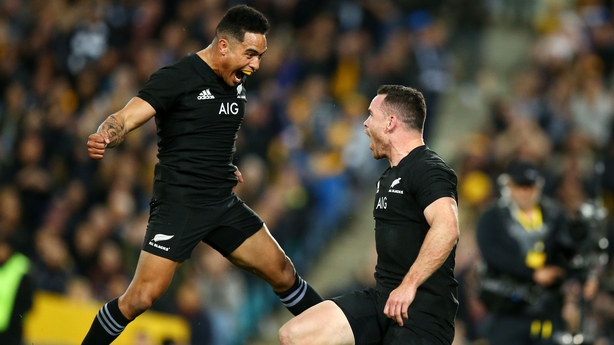 By contrast, the Wallabies have been in a rare state of harmony.

Their results have not quite stacked up to their trans-Tasman Sea rivals, with two draws against the Springboks in their last four matches.

But coach Michael Cheika has finally thrown away the clipboard, settling on a side after nearly two years of tinkering since their run to the World Cup final in 2015.

Rob Simmons has replaced lock Izack Rodda for Saturday's match but the injury-enforced change is the first tweak to the starting 15 in three tests.

The Lang Park clash will provide both a report card for Cheika's team-building efforts and another test of the All Blacks' depth halfway through the World Cup cycle.

"The guys have done really well," Hansen said this week.

"Some have surprised us and some have just confirmed what we already knew and I think we'll get the rewards from it in 2019 when everyone's looking to go to that World Cup.

"We're building our own depth." 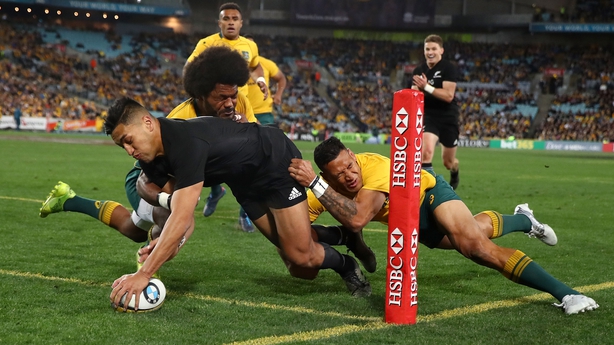 The Wallabies have lost their past seven matches to the All Blacks but feel they are ready to upset the world champions after their near-miss in Dunedin.

Their mid-year boot camp appears to have paid dividends, with the players full of running in their last matches of the Rugby Championship and still able to execute their skills late in games.

They will be motivated to give former captain Stephen Moore a good send-off in front of home fans as the veteran hooker winds down his valedictory year.

A rare win over the All Blacks would completely change the complexion of a mostly gloomy year for Australian rugby in which none of the country's five Super Rugby teams managed a win over New Zealand opponents throughout the entire season.

To do it at Lang Park will require a change of mindset, former Wallabies winger Drew Mitchell told local media.

"It's one thing saying it, and another thing believing it. The team has to truly believe they can win, it can't just be lip service."