Scotland skipper Greig Laidlaw has been ruled out of the Dark Blues' autumn Tests after fracturing his ankle, his club side Clermont Auvergne have announced.

The former Edinburgh and Gloucester scrum-half suffered the injury during the French outfit's Champions Cup clash with Ospreys on Sunday.

Although he does not require surgery, Laidlaw has been told he faces 10 to 12 weeks out of action - meaning he will play no part as Gregor Townsend's Scots host Samoa, New Zealand and Australia at BT Murrayfield next month.

He is expected to return to action, however, in time to lead out Scotland for their RBS 6 Nations opener against Wales in Cardiff at the start of February.
It has not been confirmed whether his most recent injury is to the same joint he damaged during this year's Championships.

He tore ankle ligaments in his side's defeat to France in Paris and has not pulled on a dark blue strip since. He missed Scotland's summer Asia-Pacific tour after being called up for duty with the British and Irish Lions on their trip to New Zealand.

Glasgow scrum-half pair of Ali Price and Henry Pyrgos will now be expected to deputise for the captain next month, although stand-in skipper John Barclay may also struggle to play a part as he continues to battle against an on-going concussion issue. 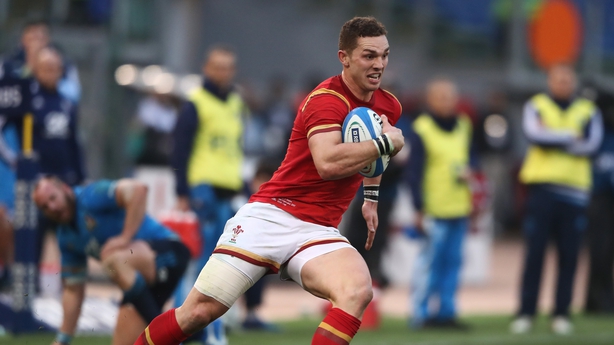 Yesterday it was confirmed Wales wing George North will be out for up to eight weeks and miss their autumn internationals after suffering a knee injury in Northampton's European Champions Cup loss to Saracens on Sunday.

North suffered a sprain to his posterior cruciate ligament following a heavy tackle by Brad Barritt.

The Welsh face Australia, Georgia, New Zealand and South Africa at the Principality Stadium next month.

England's Ben Te’o limped out of Worcester’s Challenge Cup win over Brive at the weekend with an ankle problem and is also a massive doubt for their November Tests against Argentina, the Aussies and Samoa.