Leinster centre Robbie Henshaw will make his first start of the season in tomorrow afternoon's Guinness Pro14 derby clash with Munster at the Aviva Stadium.

Henshaw suffered a dreadful injury in the Lions’ draw with the Hurricanes during the tour to New Zealand, tearing his pectoral muscle off the bone. He had to go under the knife to re-attach it.

It was a massively disappointing way for the 24-year-old's summer to end but he's back for the visit of Rassie Erasmus's men to Lansdowne Road.

Head coach Leo Cullen has made a number of changes to the team that beat Edinburgh last week.

Joey Carbery stays at full-back but Adam Byrne comes in on the right wing, with Barry Daly on the left.

In the centre Henshaw is joined by Rory O’Loughlin, while Luke McGrath and captain Johnny Sexton are again the outhalf pairing. Sexton is just five points away from becoming the province's all-time highest points scorer.

In the pack Jack McGrath and Tadhg Furlong start at loosehead and tighthead prop, with James Tracy coming in at hooker. Devin Toner and Scott Fardy continue their partnership in the second row.

In the back row Rhys Ruddock is at blindside flanker and Josh van der Flier comes in at openside, with Jack Conan handed the No 8 jersey.

Meanwhile, Keith Earls starts his first game of the season for Munster, while Tyler Bleyendaal is named at inside centre.

The New Zealander will partner Chris Farrell in midfield in one of four personnel and one position change to the backline.

Director of Rugby Erasmus has also handed a start to JJ Hanrahan, who scored two tries as a replacement in last week’s win over Cardiff.

The Kerry man will play at full-back with Andrew Conway switching to the wing.

The rest of the team is unchanged from the Thomond Park win.

Munster are currently second on 19 points in Conference A. 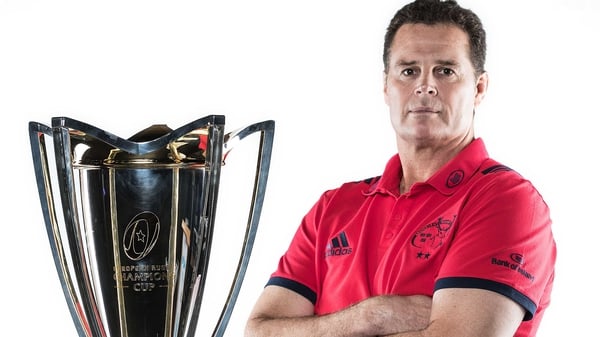 I'm here as long as Munster need me, says Erasmus