Leinster skipper Isa Nacewa has declared himself ready to face Munster but the says he’ll have to be "sensible" when it comes to his injury.

The New Zealander, having twice flown to South Africa after a visa issue denied him entry on the first attempt, picked up a calf injury early in the Pro14 defeat to the Cheetahs last month.

The Blues face rivals Munster in the Aviva on Saturday (2pm) and then have back-to-back Champions Cup games against Montpellier and Glasgow.

Asked if he was ready for action, Nacewa said: "In my eyes, yes!

"I’ll talk to the physios. It’s about being sensible and about being right and we’ll see how fast it comes along."

While the 35-year-old was not sure what part the long-haul flights played in his injury, it’s something he could have done without.

"Who knows [if the second trip contributed]," added the former Auckland man, who had compatriot Jamison Gibson-Park, also denied entry, for company.

"Flights are just part of it, it’s something I hadn’t done before in my career, my calf.

"It was what it was, but travelling with Jamo, who’s a cruisey, pretty easy guy to get along, with [was fine] so once things happened we just figured out the quickest way to get back and join the team.

"You don’t get that opportunity to go to South Africa any other season I’ve been here so it was great to rejoin the guys in Cape Town and get on with it." 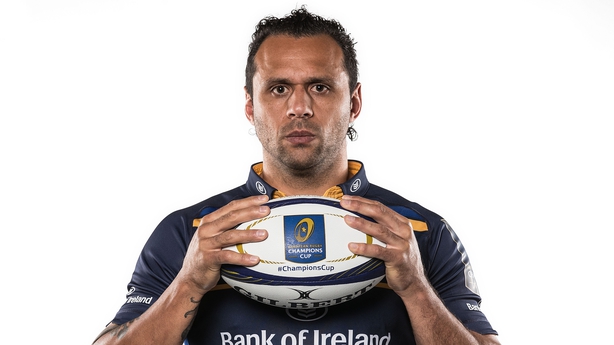 His boss, Leo Cullen, admitted that they had considered not asking the utility back, who has featured in the centre this season, to make the second flight.

He said: "Yeah, we did discuss it. Isa was keen to come back.

"Even if you see the way the game went, we knew we were short of a lot of experience.

"We started the game well, we scored a good early try, Isa goes off and we have a period where we leak a lot of points very quickly, so you can see how important his leadership is in the team.

"We discussed it, he gets a bang and it’s just the nature of the game. We made a call.

"Hindsight is great but we’re making those calls all the time. He’s a key figure for the team."

Coach Cullen also had news about Robbie Henshaw, stating that the player could come into his plans for the cross-conference derby.

The centre hasn't lined out since suffering a pectoral muscle injury during the Lions tour.

"He got through training last week so he’s getting closer," said the former Ireland lock.

"If he gets through the week, yeah he could play."