Peter Stringer made his first start of the season for Worcester Warriors as they fell to a 24-19 defeat at Gloucester in the English Premiership.

Fellow Ireland international Donncha O’Callaghan, who captained the side, was sin-binned by referee Wayne Barnes for not retreating 10 metres after Gloucester ran a close-range penalty.

The hosts duly punished the Warriors while O'Callaghan was off, scoring an unanswered 10 points.

Former Munster scrum-half Stringer, 39, was replaced with 15 minutes to play.

The hosts had an 18-point lead at the start of the second half and a brave Warriors comeback just fell short, a knock-out close to the Gloucester line in added time scuppering their chances.

They remain without a win so far and bottom of the table.

Dominic Ryan was in the wars again as Leicester beat Harlequins 31-28 at the Stoop.

The former Leinster flanker underwent a head injury assessment after half an hour and did not return to play.

It follows on from an incident two weeks ago when he remained on the field after a collision with Northampton’s George North, despite appearing to be knocked out.

Bristol stay top of the Championship after a nine-try win over Bedford.

Former Leinster back Ian Madigan contributed six conversions in the 61-38 away win.

Former Munster lock Paddy Butler played all of the second half of Pau’s win away to Agen in the Top 14 in France.

They have now won three in a row and sit in sixth place.

Last season's Premiership final between the clubs needed extra-time to decide it, but the Chiefs' ruthless first-half performance meant they were out of sight by the break. 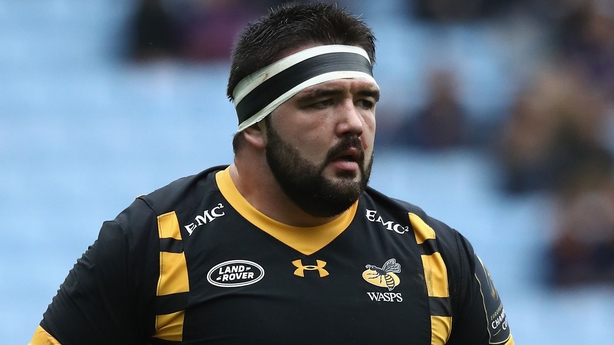 Prop Marty Moore, who won the last of ten Ireland caps in 2015, appeared as a second-half replacement for Wasps.

Moore came on for Jake Cooper-Wooley on 55 minutes and suffered a bad cut to his leg after getting his leg caught in a ruck.

He soldiered on but Cooper-Wooley returned to the fray in place of the Irish man on 73 minutes.