Leinster's brief tour of South Africa ended with an emphatic 38-19 defeat to the Cheetahs in a largely empty Free State Stadium in Bloemfontein on Friday night.

Not even a hat-trick of tries from winger Barry Daly was able to prevent the visitors slumping to their first defeat of the season.

Despite the apathy evident by the puny attendance, the Cheetahs are clearly finding their feet after a difficult opening to their first PRO14 season.

The hosts were initially reliant on the kicking of Ernst Stapelberg, with his four penalties keeping Cheetahs ahead for much of the first half despite Daly crossing for a fifth-minute try in the left corner.

William Small-Smith scored Cheetahs' first try of the night two minutes before the interval, and Stapelberg's successful conversion gave them a 19-5 half-time lead.

Leinster's task was made harder when hooker James Tracy was shown a yellow card shortly after the break, and Cheetahs made their numerical advantage tell as Torsten van Jaarsveld bundled over from a maul.

The hosts' forwards were proving too hot to handle as Ox Nche went over from a lineout, with Stapelberg adding the extras, although Daly scored his second of the night on the hour mark and Ross Byrne kicked the conversion.

Winger Daly completed his hat-trick after 74 minutes after getting in down the left flank, but Luther Obi ended any hopes of a comeback with a length of the field effort late on. 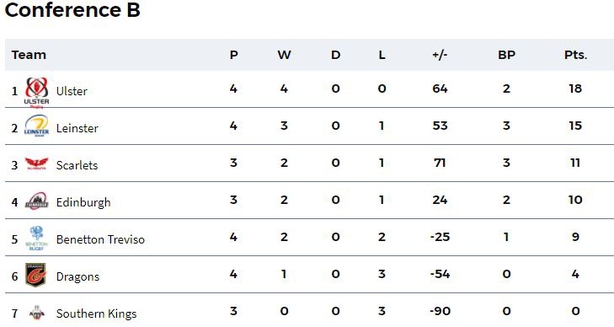