Girvan Dempsey insists Leinster won't change how they play for Friday's high-altitude Pro14 clash with the Cheetahs in Bloemfontein.

The Irish province trained in Johannesburg last week, which is 350m higher than Bloemfontein's 1,400m elevation, and the backs coach says that experience persuaded management that the players can cope with the physical demands of playing in a rarified atmosphere.

"We're happy with how our game plan is set up and how we play the game," said Dempsey. "We're not going to adapt it for that. We feel our fitness levels are strong enough.

"We know it's going to be a massive challenge. The Cheetahs do play at pace but it's just about managing that opportunity for us to control the tempo."

Dempsey said last week's preparations were important to "give the players the opportunity to experience it in Johannesburg, to feel the heat. It was warm and obviously to train at altitude as a lot of the guys would never have done that before.

"We know it is hard so it was good for them to feel that initial shock to the system but after that it was 'hang on a minute, we’re actually fit enough, it’s okay, we can adapt to this'."

Leinster are now in Cape Town and will avoid travelling back to the Highveld until Thursday to minimise altitude sickness.

Captain Isa Nacewa and Jamison Gibson-Park are back in the squad after missing the first game of the trip due to visa issues.

Ross Byrne is available despite a bruised ankle but Fergus McFadden remains doubtful with a sore hamstring. 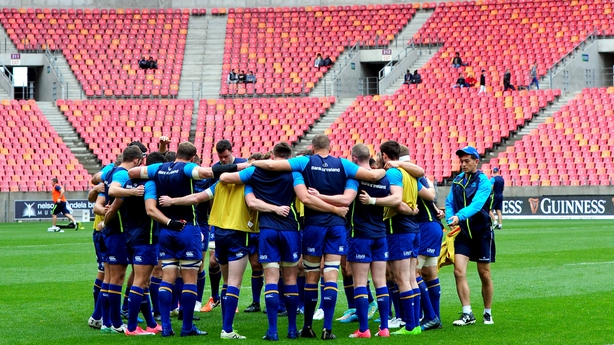 The Irish province were comfortable 31-10 winners over Southern Kings in the first leg of their South African trip in Port Elizabeth on Saturday.

Even the paltry official attendance of 3,011 in the 46,000-seater Nelson Mandela Bay Stadium was doubted by many observers but Dempsey said it wasn't a problem for Leinster and that the Kings would improve over the course of the season.

The Cheetahs victory over Zebre at the weekend is the only win in the combined six league outings by the newcomers so far.

"No issues with the atmposhere," said Dempsey. "It didn't impact on our players at all. It's an incredible stadium. It was great to play there.

"The biggest shock was the intensity Kings brought. We knew they'd be well up for it, in terms of a home game, but they really went after us early on. They attacked our ball pretty hard and caused us a lot of issues.

"We spoke to their coaches afterwards. They've faced numerous challenges, trying to organise everything in such a short space of time. New coaches in, a new squad in.

"I think they're going to gel. Their squad is going to grow and they're only going to get better. Their coaches are talking about the possibility of recruting post Currie Cup.

"The core group of their players are very strong and you saw what they did in the first half. They are going to get better and certainly cause a lot of teams in the Pro14 problems." 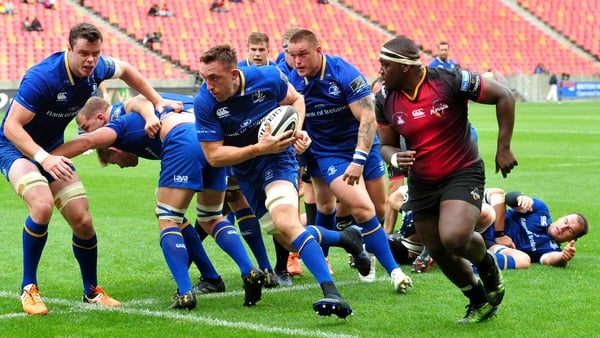