A second bonus point victory in as many weeks takes Munster top of the early conference A table.

The Cheetahs, 42-19 losers at Ulster in the first round, hit back with a stunning 41st-minute try from William Small-Smith, adding to Robbie Petzer's first half penalties.

Although the South Africans scored again late on through Henco Venter, the hosts coasted to their second successive bonus point of the new season thanks to further tries from Jean Kleyn, Chris Farrell, man-of-the-match Wootton and returning international Simon Zebo. They lead the early Conference A table from Glasgow. 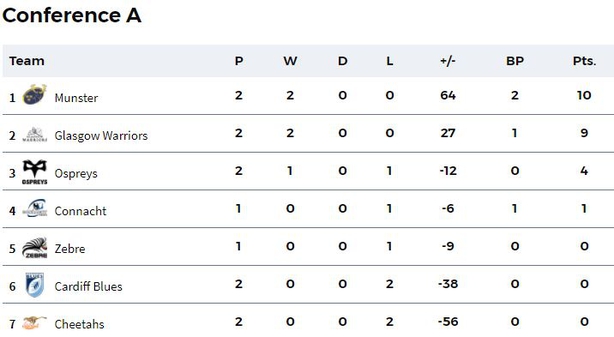 Munster, convincing 34-3 winners over Benetton last week, had the upper hand here from the off, Keatley punishing a Rynier Bernardo offside with the opening three points.

Accidental offside denied Munster from their first attacking scrum, but they won the next set-piece against the head with Jack O'Donoghue sending his back row colleague O'Donnell over for a simple seven-pointer.

The visitors' first sortie into the Munster 22 teed up a penalty which Petzer kicked for 10-3, yet Munster were operating at a higher level and Darren Sweetnam's skip pass gave Wootton the chance to get past Clayton Blommetjies and make the left corner, 19 minutes in.

Ian Keatley's crisp conversion from the touchline was cancelled out by another three-pointer from Petzer, the Cheetahs coping well with the injury-enforced loss of number eight Niell Jordaan. 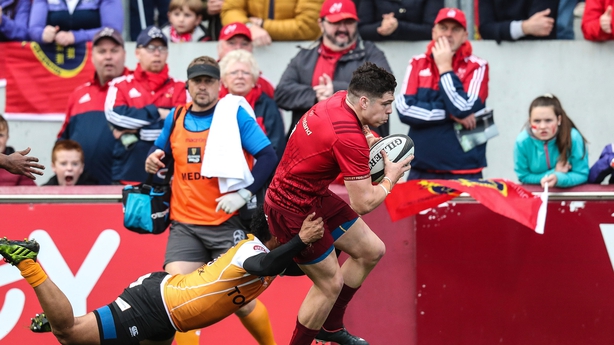 Keatley was unable to convert this time, but a late bout of pressure boosted the Cheetahs' confidence and straight from the restart their captain Francois Venter ran hard and offloaded for Small-Smith to round Keatley and break clear for a fantastic five-pointer.

There was no knocking Munster out of their stride, though, as South African lock Kleyn crashed over for his third try of the campaign and young centre Farrell, spotting a mismatch in midfield, opened his account for his new side. 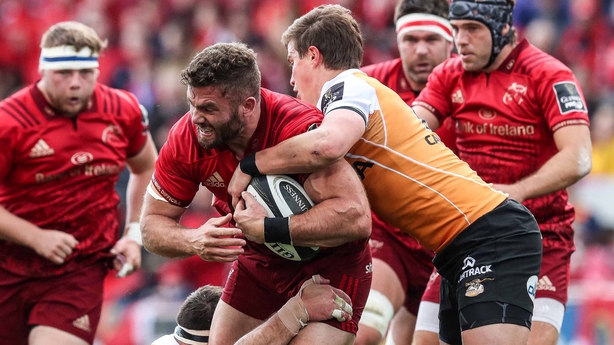 Although the bonus point was secured, there was no let-up from the men in red as Wootton made sure he was first to a Duncan Williams kick to complete his hat-trick - and he notched number four on the hour mark, spinning out of a tackle after another long pinpoint pass from Sweetnam.

Keatley was successful with the latter conversion to finish with an 11-point haul before Zebo got in on the act in the 71st-minute, dotting down a neat grubber from fellow replacement James Hart as the Ireland star took his Munster record to 54 tries.

The valiant Cheetahs, whose scrum and running game improved in the closing stages, will learn a lot from his eight-try mauling. Indeed, with Sergeal Petersen to the fore, a late rally saw flanker Venter's converted effort close out this free-scoring contest.