England captain Sarah Hunter has insisted defeat to New Zealand in the World Cup final will not define the success of her side.

Hunter said she was immensely proud of what the Red Rose squad had achieved, despite losing out to the Black Ferns in Saturday's thrilling showpiece in Belfast.

The Bristol number eight paid tribute to the effort her team-mates put in during the pulsating encounter at the Kingspan Stadium.

"We are immensely proud of one another and what the squad has achieved and one result doesn't define this squad," she said.

"It is a very special squad and we win together and we lose together. We have been on a very special journey and it's a great team to play in and I am really proud to captain it and we will stand tall together until the end."

Coach Simon Middleton congratulated the Black Ferns, who producing a dominate second-half display to wrestle the world crown from the English.

He said England's failure to hold onto possession in the second period proved fatal.

"A huge congratulations to New Zealand - they were outstanding in the way they managed the second half of the game in particular," he said. 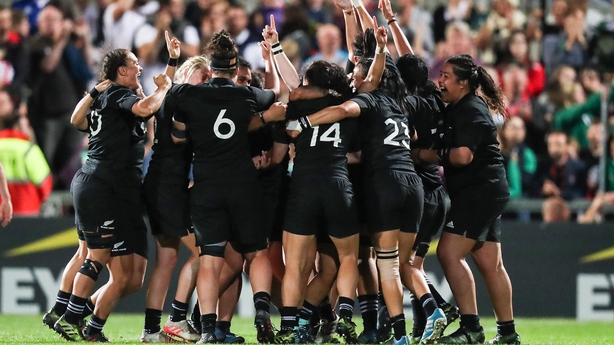 "They have had a great tournament. As with an immense team they find a way to win - so full credit to them.

"In terms of our team, I couldn't be prouder of them. The girls gave everything they could. There was certainly no shortage of heart, energy and passion and desire.

"We just couldn't get enough possession in the second half to be able to turn the game how we wanted."

New Zealand captain Fiao'o Faamausili said her team was determined to make up for the disappointment of the last World Cup in 2014, when the Black Ferns failed to make it to the knockout stages.

"We are really excited and really happy," she said.

"This has been a long time waiting for us, the girls have worked extremely hard the last three years.

"I couldn't be any prouder. What a display of women's rugby you saw out there today. Couldn't ask for a better final. England really gave it to us - played some amazing rugby - but our girls left it all on the field.

"It was a lot about heart today."

New Zealand's women's team remains an amateur outfit, while England's players were on professional terms for the tournament.

Coach Glenn Moore expressed hope that the women's game would turn professional in the future in New Zealand.

But he said his players already act like professionals in all they do.

"You can be professional because you get paid money, but it doesn't stop us acting as professionals," he said.

Moore added: "You try to develop a culture that is special to the group and this one here has got a really strong culture."