Expanding the PRO14 to take in two South African sides is a risk worth taking, according to the tournament's chief executive.

Martin Anayi said he had learned the lessons of Super Rugby - the southern hemisphere competition which has downsized after acknowledging problems with its expanded format -  and was confident the upsized PRO14 would not suffer the same issues.

As well as the additional teams, the competition will now be divided into a conference format, rather than a more familiar single league structure.

At an official launch event to mark the new season, Mr Anayi said the time zone issue that had presented problems for Super Rugby would not be a factor for the PRO14.

"I watched Super Rugby from the start, that is the thing that got me into rugby personally, so it's great tournament," he told an audience at the Aviva Stadium in Dublin.

"Some of the areas that we looked at in our due diligence was to say 'well, what hasn't maybe worked so well and why are they going from 18 back to 15 (teams)'.

"One of those is travel actually and time zones. Broadcasters and fans cannot get up to watch the games because they are across 18 time zones, that's one thing we have been very aware of when we have tried to expand, looked to expansion.

"South Africa is one or two hours from a time zone point of view - it's an overnight flight - so we have looked at all of those things.

"In my position you have to look at risk first actually and then you have to build a case why risk is something you should take on. 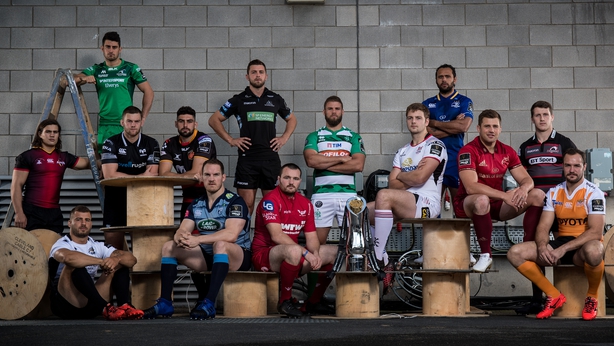 Coaches and leading players of all the teams attended the event in Dublin.

Rory Duncan, director of rugby at the Toyota Cheetahs, said his players were excited by the challenge.

"It is something that the South African support base has been asking for for years," he said.

"Something the players have been asking for quite some time as well.

"Everyone wants to know how we compare to the teams up north - now they have got an opportunity.

"It's not just a case of playing games away, we have obviously got half our games at home and we are really looking forward to seeing the teams come and play in Bloemfontein at altitude in the summer."

Cheetahs captain Neill Jordaan joked that the weather might provide a sharp shock.

"I think the worst thing for the Bloemfontein boys is coming to the north and playing in the winter because I hear the winter is quite bad here, the cold is something we are not used to, so that is going to be an interesting factor to take in," he said.

"But we are excited. If it's hard core rainy or dry we are just going to enjoy the moment and push ourselves to produce good running rugby and be very competitive."

"Everyone's looking forward to it, it's going to bring something different to the game and we are going to learn more from them," he said.

Stander joked that the Cheetahs would have been the team he supported back in South Africa.

"Now I can't because we play against them," he said.