New Zealand's failure to overcome the British and Irish Lions may end up being very bad news for their Rugby Championship rivals as the world champions look to wash away the bitter aftertaste of the drawn series over the next seven weeks.

The All Blacks were not only unhappy at being denied the opportunity to clinch the series in the third test thanks to a controversial refereeing decision, their pride took a few blows at the way the tourists exposed weaknesses in their game.

The Lions calculated that if the All Blacks were placed under sustained pressure they would crack eventually and duly reduced their time on the ball and shut down the space to restrict their counter-attacking ability.

Coach Steve Hansen, however, is determined to use the series as a learning experience for the All Blacks and believes his team will go into the southern hemisphere championship with a point to prove.

"It will make the Rugby Championship a little bit more of a stronger feeling for us."

"Does coming off a draw put people's bums a bit closer to the front of the seat rather than the back of it?" Hansen said in Sydney this week.

"Yeah, it does, because we're disappointed with how things went and we wanted more.

"So it will make the Rugby Championship a little bit more of a stronger feeling for us and one where we really want to show how good we can play. We didn't do that in the Lions series."

It is hard to exaggerate the extent to which the All Blacks dominated last year's Rugby Championship, when they won all six matches and averaged more than six tries a game. 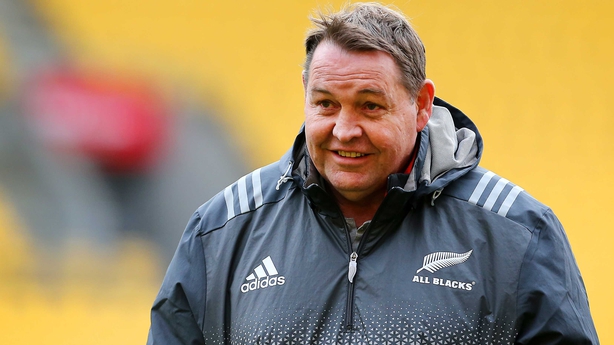 That potency, allied to a sense of grievance, could make life very uncomfortable for Australia, South Africa and Argentina if they are unable to match the intensity of the All Blacks.

While Hansen has made the occasional left-field calls in his selections since taking over in 2012, he also sticks with what he knows and the squad for the next World Cup will probably start to take shape from this year's Rugby Championship.

The settled pack maintains a grizzled and athletic balance and the forwards will be looking to shore up some deficiencies in contact and the breakdown exposed by the Lions.

Ryan Crotty, Ben Smith and Nehe Milner-Skudder return from injury and with Sonny Bill Williams back from suspension, the backline has more experience than that which finished the Lions series.

Hansen was forced to make a few changes with prop Charlie Faumuina and flyhalf Aaron Cruden heading to France and he also sent a message to his players that by dropping winger Julian Savea no one is indispensible.

The 27-year-old, who has scored a remarkable 46 tries in 54 tests, was dumped after two years of inconsistent performances though Hansen has offered him the prospect of a return in time for the 2019 World Cup if he can show improvement.