Leinster head coach Leo Cullen has welcomed the "exciting" addition of two South African franchises in the new Pro14, but admits it may take time to iron out logistical issues.

It was confirmed today that former Super Rugby sides Southern Kings and Toyota Cheetahs will take part in the now Pro14 for the 2017/18 season, which will be made up of two conferences of seven teams.

Each conference will be made up of two Welsh and two Irish teams, with one representative each from Scotland, Italy and South Africa, with teams playing each other home and away in their own section and sides out of their own conference once.

Cullen believes the addition of the South African sides will boost the provinces - "The players will be able to test themselves in a different environment", but is expecting the new locations to create their own issues.

"The players will be able to test themselves in a different environment," he said.

The 21-game season will be completed by two additional rounds of matches, ensuring Welsh and Irish teams retain their current six derbies each and Cullen says there will be adjustment required for the new league.

"It will take a little bit of getting used to, but it’s a similar format in many ways. The only difference is you only play five of the teams home or  away. Otherwise it’s as was before. 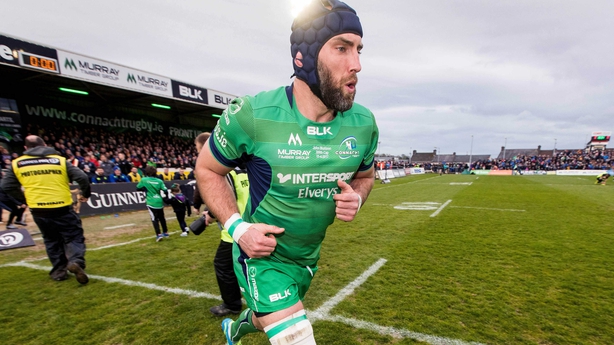 Despite the arrival of two new rivals who will be expected to contend for honours, Connacht captain John Muldoon believes the change is good for his team.

"It's all good, it's all part of competition," he told RTÉ Sport.

"It'll be exciting for the fans to go to South Africa and to see two new teams coming to the Sportsground will be brilliant.

"Exciting times ahead for the Pro14."

"It'll be nice to go down to South Africa and some nice weather when it's p***ing rain in Galway!"

The Ballinasloe native thinks South Africa is a suitable market for what started out as the Celtic League in 2001 and is looking forward to escaping the west coast winter for the games in Africa.

"South Africa fits in well with Ireland, the time zones aren't too different," he observed.

"It brings in a new audience and it brings in a wider net to Connacht and Irish Rugby so it's only a positive.

"It'll be nice to go down to South Africa and some nice weather when it's p***ing rain in Galway!"

The veteran flanker is 35 this November. Despite admitting he considered retirement last year he is now open to the idea of playing on after what will be his 15th professional season, citing the example of former international  team-mates Peter Stringer and Donncha O'Callaghan as proof that ability is more important than age.

"I thought last year was going to be the year and as the season went on I was enjoying it," he said.

"I don't think you can put a time limit on stuff. You just have to go out and play, and as long as the body and mind are holding up and you're still competing.

"Strings is going to play on and he's getting close to 40, Donncha O'Callaghan (38) is another one who's forging on."