New Zealand boss Steve Hansen has put pressure into perspective ahead of Saturday's Test series decider against the British and Irish Lions.

The world champions will find themselves in the unfamiliar position of trying to avoid suffering successive defeats at home for the first time since 1998 when they run out at Eden Park.

The Lions' tense 24-21 success in Wellington last weekend tied up a gripping series, ending the All Blacks' 46-match unbeaten run in New Zealand.

"I've read a lot of stories this week, and you would think the All Blacks had never lost a game and that the sky is falling in.

"You would think the All Blacks had never lost a game and that the sky is falling in."

"You've got to embrace that, you've got to walk towards that, and life tells you that we are really only playing a rugby game."

Hansen, a former policeman, added: "Real pressure is when you've got to spend half an hour giving someone CPR and trying to save their life, and when that doesn't work, telling their loved ones that 'sorry, we haven't been able to save them'.

"What are doing is playing a game of rugby.

"Is there more pressure than last week? No. We are expected to win every game we play, and on Saturday it is going to be physical. Every Test match is won upfront, and this will be no different.

"The Lions series is hugely significant because it only happens once every 12 years.

"But it won't define this team whether we win, lose or draw. This is a young team that will only get better." 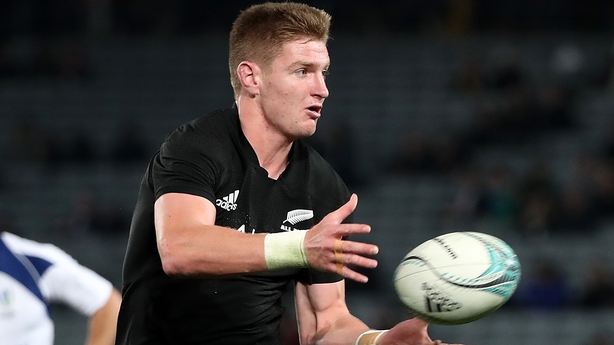 Hansen, meanwhile, says the All Blacks are excited about the "pretty cool and calm" Jordie Barrett's first Test start.

Barrett, the 20-year-old brother of fly-half Beauden Barrett and replacement back-row forward Scott, has been called up at full-back, with Israel Dagg moving back to the wing instead of Waisake Naholo who, despite passing concussion protocols, was not risked.

Naholo's fellow wing Rieko Ioane is ill and will be replaced by Julian Savea, who has scored 46 tries in 53 Tests, while Ngani Laumape takes over from suspended centre Sonny Bill Williams.

"He (Barrett) comes from fairly good stock, and he is a pretty cool and calm sort of bloke," Hansen said.

"We would not have picked him if we didn't think he could go out there and play. Whatever happens on Saturday, he is a young guy who is only going to get better and better."

Hansen confirmed that Williams has been with the squad this week, and he also paid tribute to captain Kieran Read, who on Saturday will become the seventh All Black to reach 100 caps.

Reflecting on the home support, Hansen added: "If you didn't have those people who were passionate and keen to tell you what they thought about it, then you wouldn't probably have the All Blacks. I've always thought that.

"Our fans have a massive part to play in who we are. They have a massive expectation. Do they get a little bit more nervy when we lose? Of course they do, because that's only natural, and that is probably what we have been experiencing at the moment.

"For the team itself, we know what we have to do.

"We have got to prepare really well, make sure we don't get too hyped up, get out there and do our job to the best of our ability.