Loosehead prop Mako Vunipola survived being dropped for indiscipline as the British and Irish Lions named an unchanged side for the deciding third test against the All Blacks at Eden Park on Saturday.

Vunipola was penalised four times and given a yellow card in the Lions' 24-21 victory in the second test in Wellington on Saturday as the visitors fell foul of referee Jerome Garces.

All Blacks flyhalf Beauden Barrett slotted seven of 10 penalties to keep the world champions in the match despite being a man down after Sonny Bill Williams was sent off for a dangerous shoulder charge. He was later banned for four weeks. 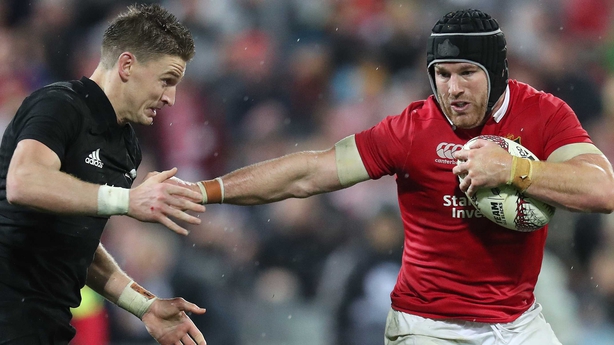 O’Brien was cleared to play in the mammoth showdown after the citing against him for a flashpoint with winger Waisake Nahol in Wellington was dismissed.

Gatland spoke at length after the game about the need for greater discipline by the tourists as they seek to become the second Lions team to win a test series against the All Blacks.

"It is not very often on a Lions tour that you get to pick the same 23 for the following game," Gatland said in a statement.

"We felt we should reward the players for the result and the courage that they showed in coming from behind from 18-9 down, digging themselves out of a hole and then finishing strongly in that last 10 to 15 minutes.

"There are some players who are pretty disappointed not to be selected and I understand that. It is what you would expect from competitive top athletes, they back themselves.

"But we have stressed all along that this is not all about the 23 players but about everyone in the squad  they have put their disappointment behind them and are helping the match-day squad prepare the best they can for the test match."