All Blacks boss Steve Hansen has leapt to Warren Gatland's defence after the New Zealand Herald mocked up the British and Irish Lions head coach as a cartoon clown.

Hansen described the move as "really disappointing" and underlined his respect for Gatland as the rival head coaches prepare for battle in Saturday's second Test at Westpac Stadium.

Hansen's comments at his pre-match press conference on Thursday served as a welcome respite after previous verbal jousting.

Gatland earlier this week laughed off New Zealand's daily newspaper publishing a second clown caricature of him in six months.

And he admitted he was nonplussed by Hansen calling a radio station to object to the Lions boss criticising New Zealand's "dangerous" targeting of scrum-half Conor Murray during last weekend's first Test in Auckland. 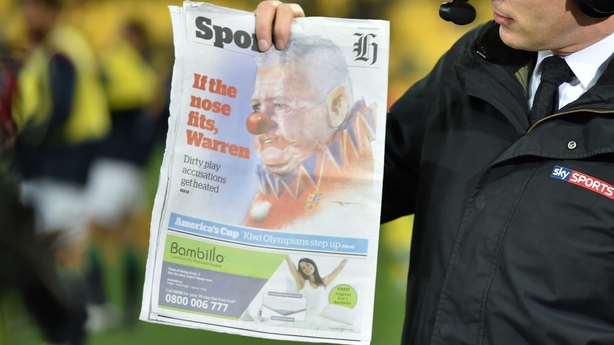 "You guys are having a field day at the moment between Gats and I, so I am not feeding it," Hansen told reporters at New Zealand's team hotel in central Wellington.

"You are alluding to the cartoon? You may as well go straight there. It makes it easier to answer the question.

"I think it is really disappointing. It's one thing to have a bit of banter and then you guys beef it up to make it bigger than it really is. I have heard you say that I don't like him and we won't have a beer.

"To come out and do that, you are ridiculing somebody that doesn't deserve it.

"At the end of the day, we are all coaches trying to do what we think is right.

"Sometimes, people don't always agree with what we do, but that's okay, you are allowed to have your opinion.

"To come out and do that, you are ridiculing somebody that doesn't deserve it."

"But to ridicule someone is not right. It's a bit disappointing, really.

"We've got a lot of common interests. He likes racing horses, so do I; he coaches Wales, I've been through that experience myself.

"It's the media that ramp it up because it sells you guys newspapers. Who am I to say 'stop it'? But I do look at it and think that's not actually how it went." 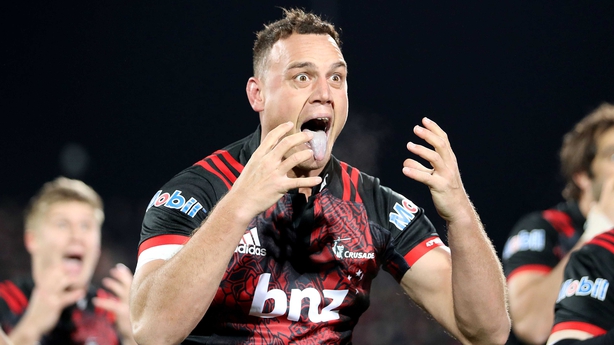 Hansen, meanwhile, confirmed that full-back Ben Smith will not be involved in the remainder of the Lions Test series after suffering concussion last weekend.

Israel Dagg (above) has moved from the wing to replace Smith, with Waisake Naholo wearing the number 14 shirt on Saturday and centre Anton Lienert-Brown taking over from hamstring injury victim Ryan Crotty.

Smith has been concussed previously this year, and Hansen added: "Even if he was (fit), we wouldn't be playing him. We have decided already, regardless of how he goes through the protocols, that we won't play him next week.

"Long-term concerns have been allayed. We are just going to take our time with him and get him back where we need him to be so he is comfortable, we are comfortable.

"If he passes the protocols, he could play, but we are just of the opinion that he's had a couple (of concussions), so let's just be a little bit conservative and not play him."