Gatland has paired Sexton and Farrell as twin playmakers in a bid to outflank New Zealand on the counter-attack in Wellington.

CJ Stander comes onto the bench having missed out completely in the first Test. Jack McGrath replaced Mako Vunipola after 51 minutes at Eden Park; he's held in reserve again.

England centre Ben Te'o bashed Williams into a quiet night in the Lions' 30-15 first Test defeat in Auckland last weekend, but Gatland remains adamant Sexton and Farrell can handle the All Blacks talisman.

"Johnny and Owen haven't started but have had quite a bit of time together," said Gatland of fly-half Sexton and inside centre Farrell.

"It's just given us two ball players and two kicking options at first and second receiver, so we're happy with the mix.

"Defensively we'll have to do a job on Sonny Bill Williams."

"One concern we might have is that looking at the long-range weather forecast it doesn't look too great for Saturday night.

"So we may have to change how we play tactically.

"And of course defensively we'll have to do a job on Sonny Bill Williams, too.

"He came pretty direct at us and got away a couple of offloads, so it's going to be important we shut him down."

Asked if Sexton and Farrell's slighter frames against the hulking Williams could cause problems, Gatland replied: "No, not at all.

"It is tough for Ben Te'o. He's done really well, carried well for us, defended well, so it's been a tough call for him but he will get some time off the bench.

"So we've made a call on the amount of possession and opportunities we've created. We think we did stress the All Blacks at times last week. 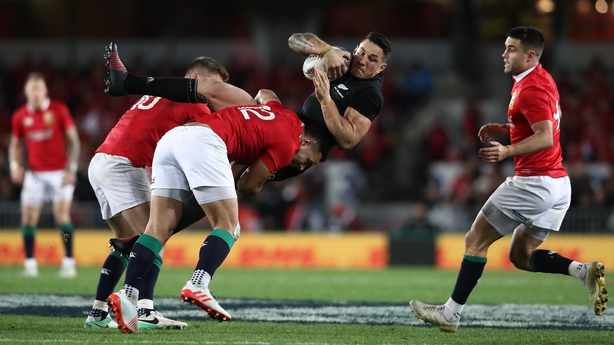 "They got pretty narrow, because they played that way in an attacking perspective, so it does open up some opportunities for us if we get the ball back to attack them as well. And that's why we've gone with the combinations we have.

"We allowed Sonny Bill too much time on the ball last week.

"I can't remember Sonny Bill passing the ball in the game, but he got some good gainline for them, got a couple of good offloads away and got them some front-foot ball.

"So we just need to make sure that our line speed, that's important for us, to stop him being as effective as he was. And we've been working pretty hard on that." 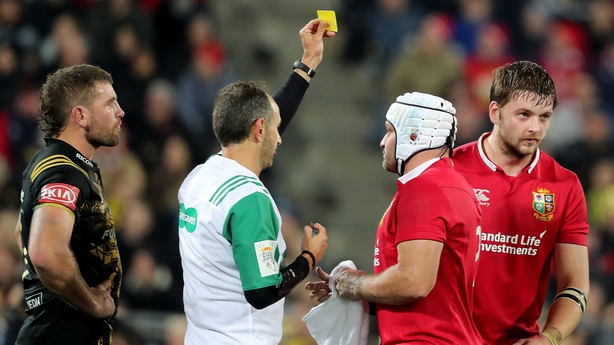 Ireland lock Iain Henderson would most likely have made the bench had the management opted for the pack-heavy bench.

The Lions boss revealed it was the past injury profiles of the likes of Sexton, however, that swayed their thinking to name three backline replacements, in Te'o, Rhys Webb and England's Jack Nowell.

Gatland has kept faith with Jones at lock after the Wales star struggled in the first Test, but remains convinced the experienced campaigner will come good this weekend.

"It is a big game for Alun Wyn. He knows," said Gatland.

"He was a bit disappointed last week in how it went, and he's pretty focused and pretty motivated.

"It's potentially a one-on-one challenge with him and his opposition.

"Normally in the past when he's had those challenges, he's really fronted the next game.

"We had a long debate about a six-two split on the bench.

"And in the end it was just too much of a risk, if we lost a couple of backs.

"We've got a couple of players who haven't always had the greatest injury record in big matches.

"We saw the All Blacks last week losing two backs, and potentially the pressure that puts you under having to bring a nine on and move some people around.

"But we did have a long discussion about that."

"The yellow card was disappointing, he would have been disappointed."

Gatland admitted Henderson's yellow card in Tuesday's 31-31 Hurricanes draw hindered his cause for second Test selection - but has told the Ulster lock to keep fighting for a place in the third and final All Blacks showdown.

"The yellow card was disappointing, he would have been disappointed," said Gatland.

"I thought his carrying again was excellent, he causes teams a lot of problems.

"I had a chat to him and told him 'we spoke a lot about you and being involved in the 23'.

"Courtney Lawes did very well too when he was on.

"Iain's been causing teams problems with his carrying and I think he's got better from game to game.

"I told him 'just because you're not involved for this game doesn't mean you're not going to be excluded for the next match'."