New Zealand head coach Steve Hansen has warned "the job is far from done" ahead of Saturday's second Test against the British and Irish Lions.

The All Blacks will secure an unassailable 2-0 series lead if they triumph at Wellington's Westpac Stadium, following a 30-15 first Test victory in Auckland five days ago.

But Hansen expects another ferociously-tough encounter after announcing a team showing two enforced changes from the Eden Park clash.

Full-back Ben Smith, who suffered concussion and went off in the first half last weekend, misses out, along with centre Ryan Crotty (hamstring).

Israel Dagg moves from the wing to replace Smith, with Waisake Naholo wearing the number 14 shirt and Anton Lienert-Brown taking over from Crotty alongside Sonny Bill Williams in midfield.

One switch on the bench, meanwhile, sees uncapped Ngani Laumape featuring among the back division replacements.

Laumape scored a try for the Hurricanes in a thrilling 31-31 draw with the Lions in Wellington on Tuesday, and is now promoted to New Zealand's match-day Test squad. 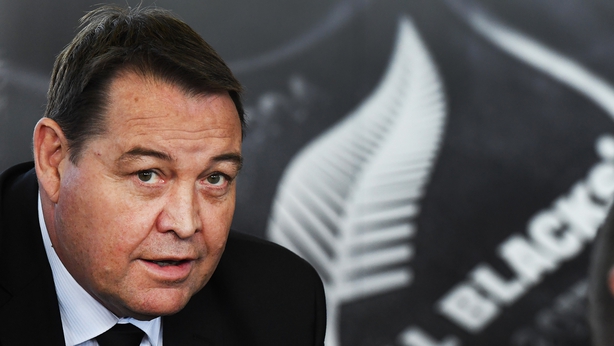 Hansen said: "While it's disappointing to lose both Ben Smith and Ryan Crotty, it creates an opportunity for others.

"Izzy (Dagg) is a world-class back-three player, as is Anton in the midfield, and both Waisake and Ngani are coming in following outstanding performances against the Lions for their respective Super (Rugby) franchises.

"While we were happy with the win last weekend, we know that it was just a start in what is a three-Test series.

"That means the job is far from done. It is going to require us to take our game to a higher level. It's going to be very demanding, physically and mentally, on both sides.

"We are aware the British and Irish Lions have their backs to the wall and will chuck everything at us to keep themselves alive in the series. They are a quality side who we respect immensely.

"In reality, last week's Test could have gone either way had they taken more of their chances.

"Our job will be to make sure that we shut down their counter-attack better than we did last weekend, and at the same time, win the critical moments across the 80 minutes.

"As always, it will start with the battle of the tight five.

"We've worked hard throughout the week in our preparation in Wellington, and are now looking forward to Saturday."

All Blacks flanker Jerome Kaino, meanwhile, has predicted a "huge lift of intensity" at the breakdown area if Lions captain Sam Warburton starts the second Test. 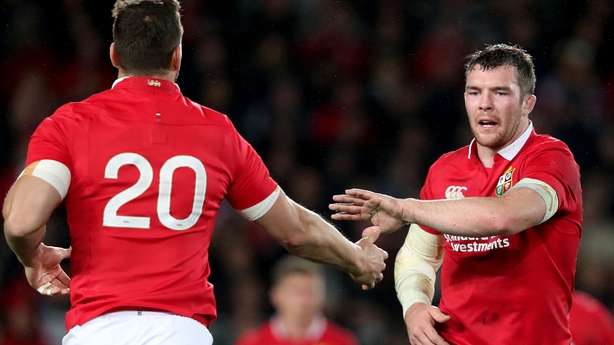 Wales flanker Warburton is expected to begin the game after being on bench duty for the opening Test series encounter. First Test skipper Peter O'Mahony could be the man to drop out, while England lock Maro Itoje is another probable starter.

"Sam is a great leader," Kaino said. "I don't think they lose anything having Sam in there.

"We are expecting a huge lift of intensity at the breakdown if they bring Sam in. If anything, they get stronger having him there."

They have not beaten New Zealand for 24 years, and Kaino added: "For us, it's looking at how we can improve.

"I know for a fact down the road (in Wellington), their (Lions') team meetings and training will have a lot of edge and a lot of emotion.

"I don't think it is smart for us to sit back and expect it to happen.

"We need to make sure we turn the screws a lot more in our training, and expect a backlash from the Lions at the weekend."