Peter O'Mahony will lead the British and Irish Lions into Saturday's first Test against New Zealand with the words of mentor Anthony 'Axel' Foley ringing in his ears: be yourself.

Former Munster and Ireland number eight Foley died suddenly on October 16, when the Thomond Park men were gearing up to face Racing 92 in Paris.

The talismanic Munster head coach's death left a province in grief, but captain O'Mahony offered a heartfelt tribute in the aftermath - and he has honoured his friend and former boss with his performances ever since.

The bullish back-row forward will skipper the Lions at Eden Park this weekend with tour captain Sam Warburton on the bench, and he vowed to lead the tourists in his own style.

"He'd have said there's a reason there's 45 players here now who have been selected."

"Axel's a rugby man, so he would have told us all 'play your game, play what you do and what you know'," said O'Mahony of Foley, who won 62 caps for Ireland.

"He'd have said there's a reason there's 45 players here now who have been selected.

"So just go out and play the game you know and do what you're here to do.

"There's no point in trying to be something you're not over here.

"You've been picked for a reason, so if you go out and play as well as you can, no one's going to fault you for that." 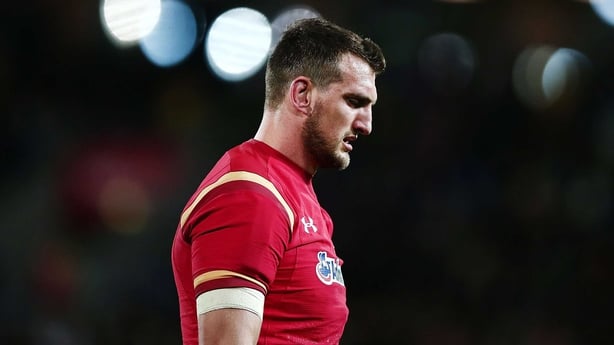 Saturday's Eden Park showdown will be the first time a Lions tour captain has missed the opening Test since England's Doug Prentice did so in 1930.

The 27-year-old could so easily have missed the Lions tour altogether had he not excelled as a last-minute injury replacement in Ireland's 13-9 Six Nations win over England in March.

The Munster player jumped off the bench for the full 80 minutes in Dublin after Jamie Heaslip suffered a back problem, and his relentless showing sealed his Lions tour call-up.

O'Mahony admitted he could never have envisaged captaining the Lions in a Test match when he slotted in for Heaslip on March 18 - but he has vowed to repay Foley and all those who have helped him to this point.

Asked if he could have predicted his captaincy even just three months ago, O'Mahony replied: "No, not at all.

"You would hope he (Foley) would be proud. It's been a difficult season, but you try and take as many positives out of it as you can.

"The experiences I have had and we've all had here, it's about learning and growing."

O'Mahony missed Ireland's first-ever win over the All Blacks, the stunning 40-29 in Chicago on November 5.

Ireland formed a figure-of-eight line-up to face the haka in tribute to Foley at Soldier Field, with the latent power clearly spurring on Joe Schmidt's men.

While Ireland have toppled the All Blacks, O'Mahony has not - and the Cork native is itching to take on Steve Hansen's side this weekend.

"It's the Lions against the All Blacks and you have got to use everything you have had over your entire rugby career and try and use it all for Saturday," said O'Mahony.

"There are guys who are hugely disappointed but they have been out there today training their hearts out to try and prepare the team as best they can. Everyone is rolling in behind us."