The time for tinkering with the British and Irish Lions side is over as the tourists head to Rotorua for what many view as an unofficial fourth test against the Maori All Blacks on Saturday.

Warren Gatland will finally show his hand on Thursday when he announces his team for the encounter with the Maori side, a line-up that should closely resemble his selection for the official first test in Auckland on June 24.

The Lions have struggled for consistency in the first four games of their 10-match tour, with Tuesday's 23-22 loss to the Otago Highlanders coming three days after they had strangled the Canterbury Crusaders into submission.

The team that faced the Highlanders was completely different outfit from the side that beat the seven-time Super Rugby champions 12-3 with a controlled, patient and aggressive performance.

The Highlanders game was supposed to have been a chance for the team to continue to build momentum as they headed into the Maori clash.

Instead, the tourists took a step backwards and some of the touring party blew what chance they may have had of making the team for the opening test. 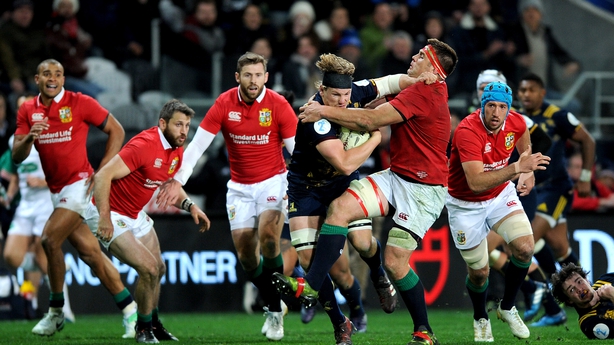 Ireland loose forward CJ Stander put his name into the mix with a titanic performance at number eight, while tour captain Sam Warburton grew into the game and was much better in the second half.

Wales scrumhalf Rhys Webb also showed he would not allow Conor Murray to take a mortgage on the scrumhalf jersey.

One of Gatland's biggest concerns, however, must be the set piece, where the tourists have failed to show anywhere near the dominance they had hoped to.

The Crusaders bossed the scrum despite some questionable rulings from referee Mathieu Raynal and Joe Moody's battle with Tadhg Furlong in the front row augured well for New Zealand with the pair likely to clash again in the tests.

"It's about adapting on the pitch. It's an area we have to keep working hard at and looking to improve."

The Highlanders were also barely troubled throughout the Dunedin clash and, with their replacement front row on, destroyed the Lions in a key scrum to give Marty Banks the chance to kick the winning penalty.

Gatland, however, felt the inconsistency was due to the different interpretations between Frenchman Raynal and Australian Angus Gardner, who was in control on Tuesday.

"We have all got to learn from the interpretation of the referee at scrum-time," Gatland said.

"It's about adapting on the pitch. It's an area we have to keep working hard at and looking to improve."

Indiscipline at crucial times has also let the Lions down, with Gatland keen to reduce the penalty count.

New Zealand pundits, however, have been quick to pick on one area that cannot be rectified overnight.

The Lions have created numerous opportunities but basic handling errors, poor decision-making and even an inability to ground the ball has restricted them to five tries, three of which came against the Highlanders.

"We scored a couple of nice tries and probably missed a couple," Gatland said.

"We have got to make sure we are better in those moments because that is sometimes the difference between winning and losing games." 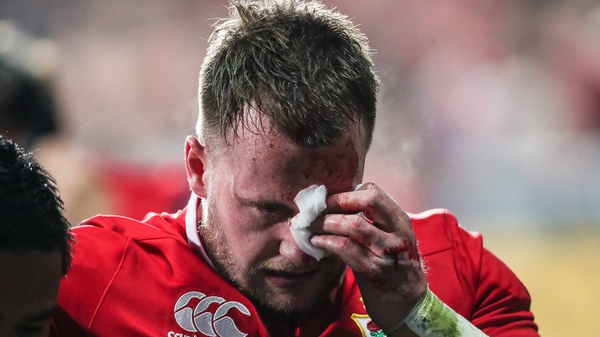 Stuart Hogg told his eyesight was at risk