One moment of Sonny Bill Williams magic was all it took for Blues to sink the British and Irish Lions 22-16 at Eden Park.

The Lions botched the perfect chance to set their tour up and running by throwing away a potentially priceless victory against their first Super Rugby opposition.

Dan Biggar will be an immediate injury doubt after failing to return from a head injury assessment, while Jared Payne limped out in clear pain with a potential foot problem.

Rhys Webb enjoyed a fine game but departed late on with an issue the Lions will hope is nothing more than cramp.

Liam Williams was handed a deserved yellow card for two botched aerial challenges on Matt Duffie, but the Lions survived that scare - only to slip off in the final stages after claiming a 16-15 lead.

Rieko Ioane and Sonny Bill Williams claimed the Blues' other tries, while Ireland's CJ Stander snaffled the lone score for the visitors.

Leigh Halfpenny's 11 points with the boot kept the tourists in touch, but to no avail. 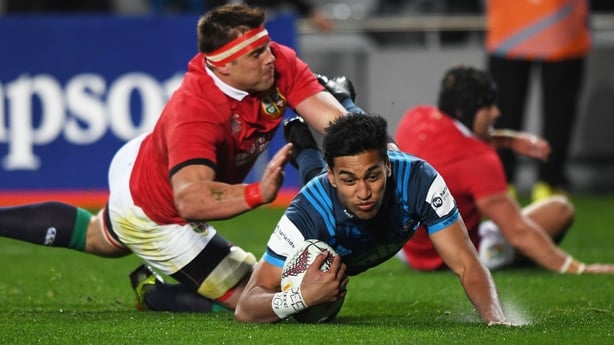 Whatever the improvements from the tour-opening win over the Provincial Barbarians, the cold facts are that the Lions lost a match they ought to have won.

A much-improved Lions started sharply on the front foot, only to leak two poor tries before half-time.

Rieko Ioane zipped into the left corner after Haskell misread the play, raced out and caused a dogleg that left Nowell floundering.

Jared Payne then ought to have scored in the left corner after the Lions manoeuvred their hosts into position to strike.

The former Blues man slid for the corner on the left wing, only for him to stray into touch just ahead of his grounding. 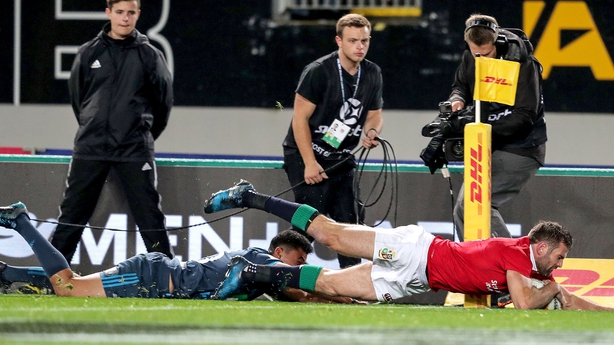 The Lions punted two penalties to the corner and were rewarded for the ambition, with Stander, on his debut, powering home and Halfpenny converting.

A Halfpenny penalty had the Lions 10-5 to the good in the second quarter, with the tourists dominating the scrum.

Rieko Ioane thought he had scored a second when racing clear, only for Ofa Tuungafasi to be pulled up by the TMO for a blatant offside that referee Pascal Gauzere somehow missed.

Tuungafasi wiped out Biggar, and the Wales fly-half was immediately removed for a head injury assessment to be replaced by Jonathan Sexton. 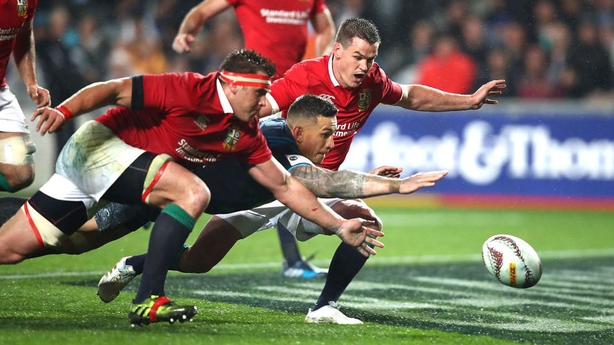 Itoje conceded a cheap penalty for closing the lineout gap, and that let the Blues build a platform.

Perofeta struck the post with a penalty, and the rebound caused mayhem.

TJ Faiane and Nowell fought for the ball in the air, before Williams slid through to touch down.

After much deliberation the officials decided Nowell knocked backwards from the aerial challenge - ruling out a knock-on from Faiane. 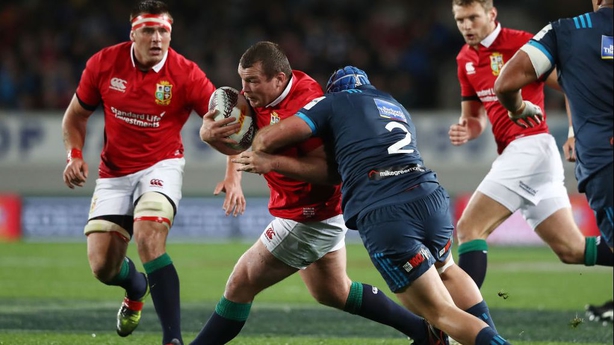 Nowell started the second-half by denying Rieko Ioane, dragging the wing's foot into touch as he attempted a finish.

Payne hobbled off with a possible foot injury, then Nowell rushed out and missed a tackle, before knocking on cheaply.

Replacement fly-half Ihaia West slotted a penalty to stretch the Blues' lead to 15-10, and the Lions' hard-forced penalty from a lineout maul was reversed when Liam Williams took out Matt Duffie in the air.

Williams took out Duffie again just moments later, in another miserable misread, and paid the price for the double offence with a justified yellow card. 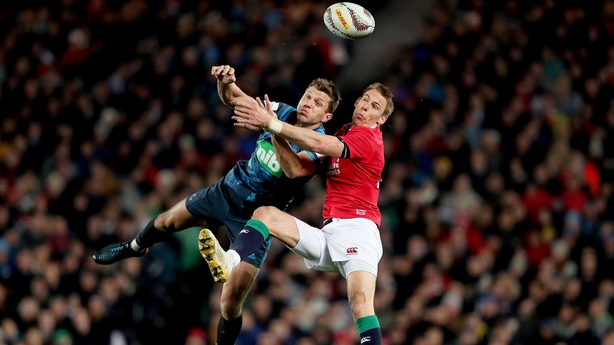 Finally the Lions built some phase play - and forced quick dividend with Halfpenny slotting his second penalty of the night when Augustine Pulu was pinged for not rolling away.

The Lions admirably negotiated their 10 minutes with 14 men, with Williams returning without the tourists conceding.

Rory Best replaced Ken Owens and took the captaincy, and immediately the Lions bulldozed the Blues scrum for a penalty.

Halfpenny posted the 40-metre goal to edge the Lions into a 16-15 lead. 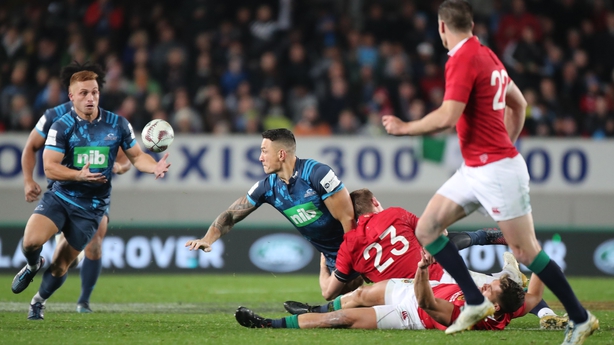 But just when the Lions thought they could wrestle control, up popped Sonny Bill Williams with a devastating assist.

Liam Williams raced out to make the hit on Sonny Bill, only for the totemic midfielder to send West careering home.

The Lions forced a late penalty and punted to the corner, but lost the lineout in shambolic fashion - gifting the game to their hosts.

Much improved from the woeful tour-opening 13-7 win over the Provincial Barbarians - but this defeat remains a massive missed opportunity for Gatland's Lions. 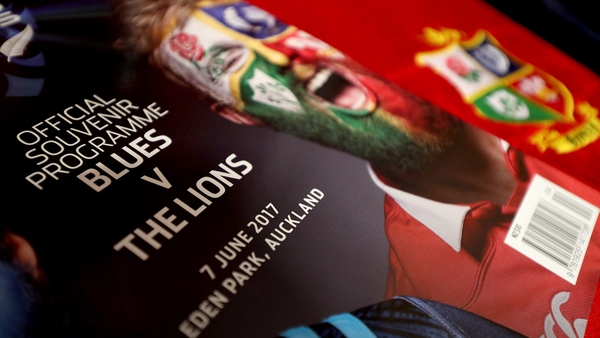