Ireland back-row Sean O’Brien trained fully with the British and Irish Lions for the first time since arriving in New Zealand and could feature in Saturday’s game against Crusaders.

O’Brien hasn’t played since Leinster’s European Champions Cup quarter-final win over Wasps and has been dogged by a calf injury since.

He trained on Monday, but wasn’t named in the match day squad for Wednesday’s meeting with the Blues in Auckland, but he could play against Crusaders at the weekend.

New Zealand hooker Dane Coles has now become a major doubt for the Lions Tests, while Brodie Retallick has handed the All Blacks yet another injury scare.

Hooker Coles has been sidelined with concussion since March 18, and has now been ruled out of the Hurricanes' Super Rugby clash with the Chiefs on Friday night. 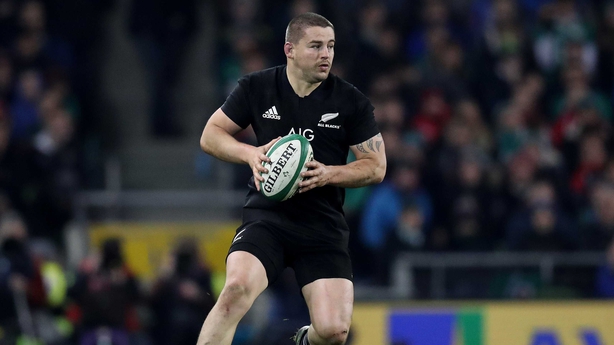 Chiefs lock Retallick will also miss the Wellington clash, having suffered a concussion concern of his own.

While Retallick's coaches rate his absence as mainly precautionary, All Blacks boss Steve Hansen will still be anxious to keep him off an injury list already including Coles, Kieran Read, Jerome Kaino, Ryan Crotty and Ben Smith.

"It's bad news for the All Blacks and bad news for all of New Zealand really," said Hurricanes coach John Plumtree.

"He hasn't been able to train hard enough at this stage. It's hard to say whether he'll be available for any of the Tests or the first Test."

Retallick mixes tight-five grunt with auxiliary play-making duties, linking the All Blacks' forwards and backs in unparalleled style - and Hansen will aim to capitalise on the peerless lock's qualities when the Lions Test series opens on June 24.

Blues loose-forward Kaino will miss Wednesday's Lions clash at Eden Park and is now in a race against time to be ready for the Test series.

Centre Crotty suffered a rib cartilage injury at the weekend, while full-back Smith also picked up a concussion.

Meanwhile, Rob Howley believes the Irish Lions will champion ‘rugby chaos’ in New Zealand, dismissing out of hand the outdated tag of ‘Warrenball’ aimed at the tourists.

"I don't know what Warrenball means, I haven't got a clue," said Howley, referring to the disparaging label put on head coach Warren Gatland's Wales teams.

"That's all I can say having been part of the Lions for what is now my third tour. I'm not too sure what Warrenball means.

"We're still working on our foundations, on some principles of the way we want to play.

"Having a framework where the players have the ability to play what's in front of them. Rugby is a game about speed of thought.

"The players have really enjoyed the sessions we've been holding that we call rugby chaos, 15 against 15.

"It's unstructured; we're aware of the pace of the game in the southern hemisphere and it's important we get up to speed as quickly as possible.

"It's continual learning, the frameworks clearly aren't in place yet, from the performance at the weekend, but we want to improve and we know we need to improve."

The Lions face the Blues at Eden Park on Wednesday night, with Sonny Bill Williams passed fit to feature after knee issues.

Gatland's Lions laboured to an opening-match 13-7 win over the New Zealand Provincial Barbarians on Saturday, and must now hit top speed without further delay.

The three-Test series against the back-to-back world champion All Blacks starts on June 24, leaving Gatland and company precious little time to find their feet.

The Lions held a minute's silence in tribute to the victims of the London terror attacks.

Howley explained the Lions wanted to make a gesture to express their concern and show their thoughts are firmly with all those affected.

Seven people died and 48 were injured when three attackers drove into pedestrians on London Bridge and stabbed people in Borough Market on Saturday night.

"It's obviously very emotional, and we just want to offer huge condolences from the whole squad, management, players and everyone connected with the Lions to those families who lost seven lives," said Howley.

"It's devastating and we send our deepest condolences."