The jet-lag may have been a contributory factor to a lacklustre performance against a side they were expected to beat by more than 30 points, but British and Irish Lions captain Sam Warburton said that he was happy just to get the win against the New Zealand Provincial Barbarians.

The tourists were unconvincing in a 13-7 victory as they kicked off their Kiwi mission with a disjointed, nervy showing.

It doesn't get any easier from here, but Warburton was keen to take the positives.

"It was the first building block," he said. "That was great for us. We have plenty of footage for us to (use to) work on some defensive things, improve our attack organisation, but for a first hit out I am pretty pleased.

"Each time we play it's a dress rehearsal for the Test series, we're treating every game like a Test match."

Warren Gatland had been at pains to point out that every one of his 41 players would get the chance to put themselves in the picture for selection for the first test against the All Blacks on 24 June. 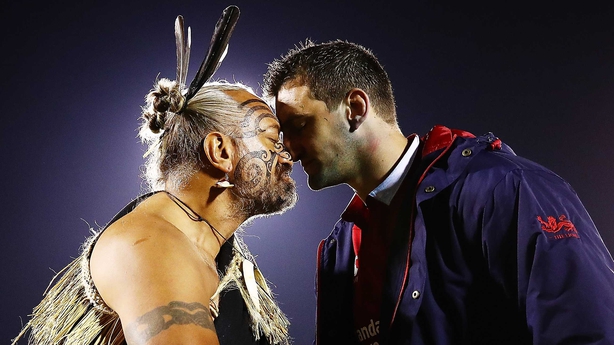 Welsh loose forward trio of Warburton, who had not played for almost two months due to a knee injury, Ross Moriarty and Taulupe Faletau all enhanced their Test credentials on Saturday, as did lock Alun Wyn Jones.

England tighthead prop Kyle Sinckler showed some impressive ball handling but, while he was solid in the scrum, probably should have caused more problems for the 21-year old Aidan Ross.

New Zealand-born England centre Ben Te'o also provided the side with some momentum with his straight running, which did not escape the notice of the former All Blacks hooker.

"I thought Ben Te'o had a really strong performance in carrying and created a lot of chances for us," Gatland said.