Man-of-the-match Tomas Quinlan kicked 20 points as Cork Constitution gained revenge on Clontarf to lift the Ulster Bank League Division 1A trophy for the first time since 2010.

Out-half Quinlan had a 100% kicking return with six precise penalties and the conversion of Rob Jermyn's second-half try.

The hard-fought 25-21 victory completed a famous All-Ireland double for Cork Con, just eight days on from retaining the Bateman Cup.

This was a repeat of last year's league final which produced a close finish in favour of a Joey Carbery-inspired Clontarf (28-25).

HT: Clontarf lead 14-12 thanks to this wonderful try from Matt D'Arcy - catch the second half live now on @RTE2 #rterugby pic.twitter.com/mjTAcfECOs

Trailing 14-12, Cork Con were back in front early in the second half thanks to Quinlan's fifth successful penalty.

Winger Jermyn's 50th-minute try against the run of play, coupled with another Quinlan three-pointer following a Sam Cronin yellow card, suddenly put 11 points between the sides.

Ill-disciplined Clontarf, who also had Royce Burke-Flynn sin-binned in the first period, rebounded well in the final quarter with Leinster lock Mick Kearney muscling over for a converted 65th-minute score.

However, Constitution's resilient and well-organised defence - also a key factor in their recent victories over Lansdowne and Old Belvedere - saw them hold out in a typically tense finish.

Scrum half Cronin and McGrath both shook off knocks to start for Clontarf, who were gunning for their third league crown in four years, while Rob Jermyn, Jason Higgins, Liam O'Connor and Graeme Lawler were the four changes to the Con side who beat 'Belvo in the Bateman Cup final. 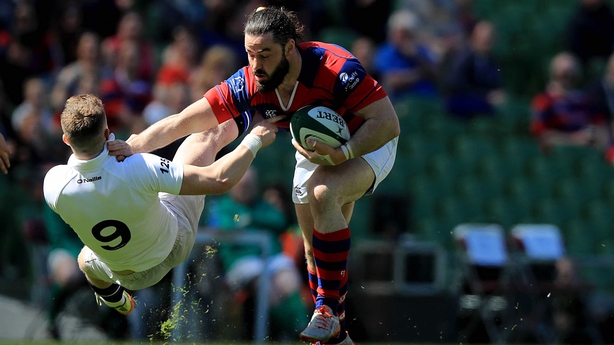 McGrath was whistled up for a high tackle, allowing Quinlan to boot Constitution into the lead with a tremendous fourth-minute penalty from wide on the right.

'Tarf flanker Tony Ryan was forced off early on through injury and their place-kicker David Joyce nudged his first penalty attempt wide in a double setback.

Centre D'Arcy's inside pass unleashed McGrath in midfield, the burly winger flattening Jason Higgins and getting the ball away to the supporting D'Arcy who did really well to gather and dot down to the left of the posts.Joyce's conversion was quickly cancelled out by Quinlan's third penalty goal, which came after a maul infringement by Harris-Wright.

Clontarf's line-speed was excellent in shutting down space for Cork Con, although they continued to fall foul of referee Sean Gallagher's whistle, with two infringements in his 22 seeing prop Burke-Flynn sin-binned.

Quinlan turned down a shot at the posts from the right wing, but 'Tarf successfully defended an advancing Con maul and a subsequent penalty allowed Joyce to lift the mini-siege.

McGrath was the inspiration for Clontarf's second try in the 35th minute, the Ireland Sevens international popping up three times in a breathless set of phases. 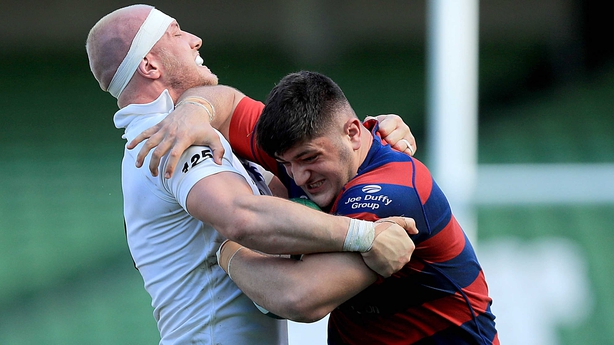 Flanker Karl Moran was denied from close range before McGrath was tackled short but managed to stretch out his arm and score, with the grounding confirmed by TMO Kevin Beggs.

The extras were added by Joyce, although Constitution garnered another penalty straight from the restart with former Ireland Under-20 international Quinlan, who was part of the Munster Academy in 2015/16, splitting the posts for the fourth time.

Clontarf's indiscipline allowed the 22-year-old Quinlan to kick the first points on the resumption, the Leesiders retaking the lead in the 43rd minute after 'Tarf loosehead Vakh Abdaladze was penalised at a scrum.

Andy Wood's men built a good deal of pressure in response, Rob Keogh and Michael Brown both gaining ground out wide and their maul causing problems before a great hit by Brian Hayes on McGrath dislodged the ball.

Hayes was vital to Con's only try of the game in the 50th minute - and it came out of nothing.

The big lock showed impressive pace to break up into the 'Tarf 22 after Luke Cahill's dribble forward had ricocheted and bounced up for him. 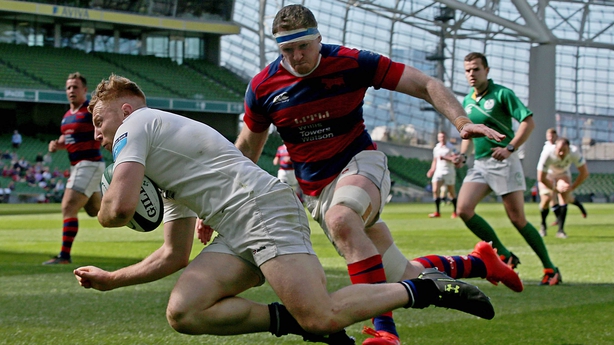 The supporting Shane Daly kept the attack going and he fed winger Jermyn for a simple finish wide on the left.

Quinlan swept over a brilliant conversion, maintaining his unerring form and giving the Brian Hickey-coached Leesiders an eight-point lead with half-an-hour remaining.

Despite the energy-sapping fare, Constitution drew from their reserves to spark a superb counter attack led by Daly, influential replacement Sean O'Leary and Conor Kindregan.

A cynical ruck penalty by Cronin close to his own points produced a yellow card and another three points from the left-footed Quinlan.Back came 'Tarf, Conor O'Brien darting up into the 22 but he could not pick out the trailing Mark Sutton with his attempted offload.

However, the margin was down to four points after Kearney showed immense strength to barge in under the posts despite the presence of three Con defenders.

Rob Keogh's straightforward conversion made it 25-21 but the north Dubliners, despite having more of the territory, lacked the necessary composure late on.

The tension was obvious as both sides kicked poorly and Wood's charges were left to rue knock-ons by the likes of Kearney, McGrath and Jack Power and a crooked lineout throw by Bryan Byrne.

Their best opportunity came from a defence-splitting run by Matt D'Arcy, but replacement Power knocked on with McGrath lurking outside him for a tilt at his second try of the day.

Con stood firm in the scrum despite some growing pressure from the 'Tarf front row, while Quinlan's reading and covering of the 2016 champions' tactical kicks was another reason why he stood out for the eventual winners.