Donal Lenihan believes that Munster and Leinster will bounce back to meet in the Pro12 final despite both exiting European competition last weekend.

Munster were thumped 26-10 by Champions Cup holders Saracens at the Aviva while Leinster's comeback against Clermont fell short on a 27-22 scoreline in France.

League leaders Leinster are already guaranteed a home semi-final and Munster should join them with even a single point at Treviso on Saturday, leaving both well-placed to make the decider in Dublin on May 27.

"From Munster and Leinster's point of view, the future is bright," the former Ireland international told 2fm's Game On.

"I would expect they'll both have a home semi-final and then you couldn't back against them both coming through for what would be a mouthwatering clash at the end of the season.

"They are the form sides. As long as they don't allow defeat to hinder their performances over the remaining weeks of the season but I don't think that's going to happen.

"There's too much quality there." 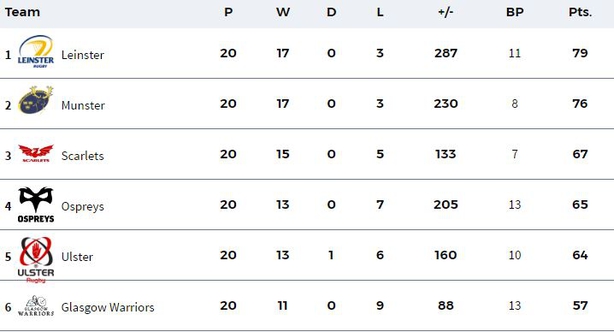 Lenihan was heartened by the return of both sides to the last four of the European Cup and thinks they are capable of mounting a challenge next season to bring the trophy back to Ireland for the first time since 2012.

"I see no reason why Munster and Leinster can't build on where they are at the moment," said the Cork native.

"If they finish 1-2 in the Pro 12, that would help their draw in terms of seeding for next year's Champions Cup.

"Of the two, I think that Leinster are that little bit closer, given that seven or eight of their starting team on Sunday were 25 or under.

"That's a huge base to build on. Those players hopefully will avoid injury and could be there for five or six years. 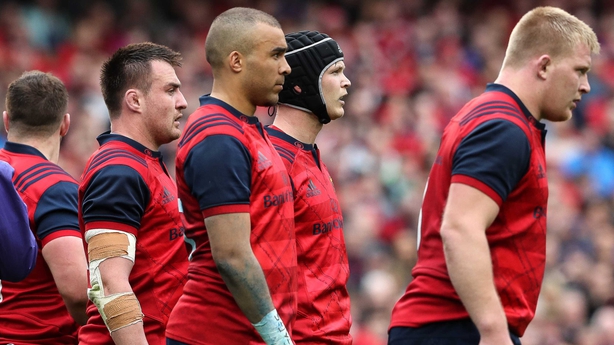 "With one or two little alterations, Munster can build on what has been a very good season.

At the outset of the season I don't think even the most die-hard Munster follower would have expected them to be in the Champions Cup semi-final.

"But they've had an amazing year, five new Ireland caps in the setup. They still need something more in attack I think to put it up to the big boys but they can take a huge amount from the season in general.

Leinster have confirmed that Dave Kearney will miss the rest of the Pro12 campaign with an ankle injury but the estimated six-week recovery time gives the winger a chance of featuring in Ireland's June tour of Japan and the USA.

Robbie Henshaw is doubftul for Friday's clash with Glasgow with a bruised rib but is not a long-term concern.