Rassie Erasmus wants Munster to honour Anthony Foley's memory by beating Saracens as they return to the Aviva Stadium for the first time since their late coach's passing.

Foley's last game with the team was the 25-14 Pro12 defeat to Leinster in October and they are back at the Dublin venue today with a Champions Cup final place on the line (Live commentary on RTÉ Radio 1, 3.15pm).

"The last game we played here, where Anthony was in charge of the team, it was the last time he was with us in the changing room and then the next week he passed away," said Erasmus.

"The private conversations we had after that loss against Leinster, I know what I would tell him and I know he would smile, but it wouldn’t be something I could say in front of you guys now.

"I just think he would be really proud, because the guys carry him in our hearts every day.

"We talk about him, he’s part of our daily training, and I think that would put a smile on his face and hopefully we can make him proud."

Erasmus is well aware that his side face a daunting task against the reigning champions.

"We’re playing a team where if we just play like we always play we’ll definitely lose the game because their tactics are definitely much different to Toulouse and Racing and all the other teams we’ve played in Europe," he said.

"They’ve got a more complete game; you can’t say like in the old days that Saracens just suffocated and strangled you.

"Now they’ve got a great attacking game and individuals who can score tries from everywhere. So we’ve had to make a few other plans. Hopefully it will work, but if we went in with the same plan we wouldn’t have had a chance in this game.

"I guess playing Saracens makes it even more special because after this we’ll know exactly how far we’ve grown in the last 10 months.

"There’s a lot of guys who haven’t played in this stage of the tournament and we’ll learn a lot about each other. And if you don’t enjoy it you’ll be in the changing room afterwards regretting it, so we’re going to enjoy it." 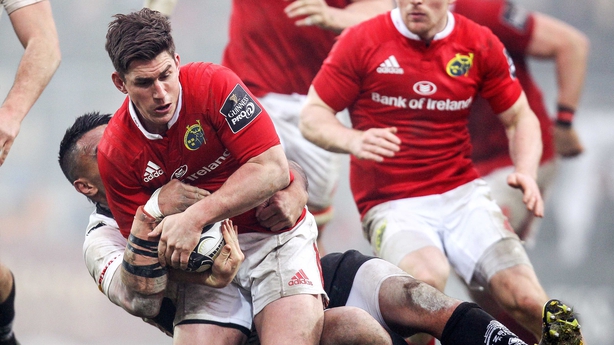 With Conor Murray's continued absence due to a shoulder nerve problem now raising questions over his participation in the summer's Lions tour, Erasmus has opted to name just one recognised scrum-half in the squad in Duncan Williams and Ian Keatley will cover both half-back positions.

"We are taking a bit of a risk with Ian Keatley on the bench," admitted Erasmus.

"We’ve trained with Ian Keatley covering nine in certain positions and then on defence, we will try to do other things. 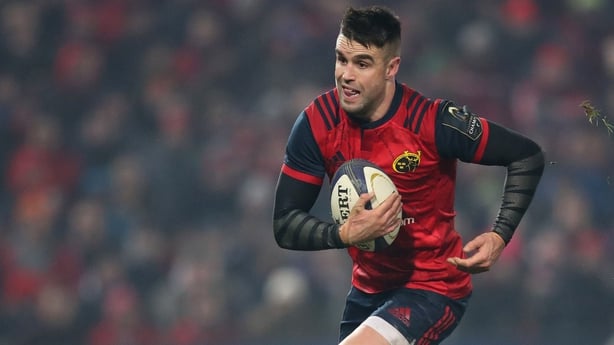 As for Murray, who hasn't played since Ireland's Six Nations defeat to Wales on 10 March, there is no sign of an imminent return.

"It’s the same as the previous six weeks," said Erasmus. "He has some nerve damage there. Some guys take a week and some guys, as you see now, it takes six or seven weeks.

"In his case, it could be eight or nine weeks, it is really hard to say how quickly the nerve may heal. It is frustrating for him and for us but unfortunately he is not ready for us.

"For me, it is impossible to say when he will be back. Until he has all his strength and power back, with no pain any more, then he will be not able to play.