History is against Leinster when they travel to France to take on Clermont Auvergne in Sunday's (KO 3pm) Champions Cup semi-final, but Jordi Murphy says his team-mates are brimming with confidence.

While Soldier Field in Chicago holds positive memories for Irish supporters following the historic win over the All Blacks last November, it was a bittersweet occasion for the Leinster flanker.

Murphy barrelled over for the first of Ireland’s four tries that day, but was forced off the field of play in the first half after suffering a cruciate injury.

The 25-year-old has had to watch on from the sidelines as a rejuvenated Leinster have swept to the top of the Guinness Pro12, securing a home semi-final, and are just 80 minutes from a Champions Cup final.

Standing in their way however is a Clermont side that have at times looked unstoppable this season, and the history of the competition highlights just how difficult it is to achieve an away win at the business end of the competition.

Only 15 of the 42 semi-finals have been won by the away team and Sunday's encounter will be the 18th 'home' semi-final in the European Cup for a French club.

On only four occasions has the away team won and one of those was by a French club, when Brive edged past Toulouse in 1998 after extra-time. 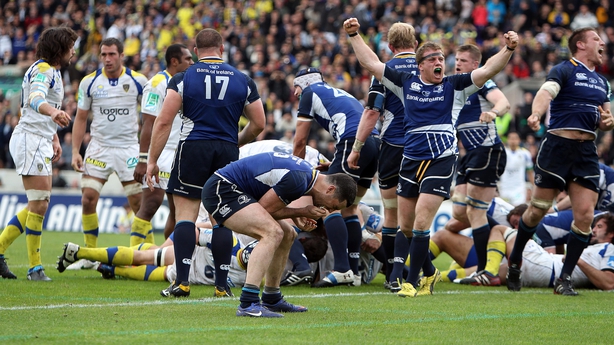 The other three games have involved Irish provinces, with Munster (2000 and 2002) and Leinster (2012) winning at the penultimate stage on French soil.

Leinster's five years ago against Sunday's opponents at the Stade Marcel Michelin was en route to their last success in the competition.

Looking ahead to the semi-final, Cadbury Boost ambassador Murphy admits it is an "absolutely huge" game against a side second in the Top 14 and desperately in search of a first Champions Cup title.

No team has scored more domestically than Clermont, and only Leinster have racked up more points in Europe, but Murphy says his team-mates have nothing to fear at the Matmut Stade de Gerland.

"We’re playing good rugby. Everyone is confident in everyone else’s ability," he told RTÉ Sport.

"The boys are going over with confidence"

"We’ve had 51 guys involved in both competitions this year and I think it does show our strength in depth at the moment.

"We can chop and change the team and still get good results.

"The boys are going over with confidence, aware that they have to put in an eighty-minute plus shift to get a big win.

Cian Healey will miss the crunch last-four clash after being handed a two-week ban by a PRO12 disciplinary panel for illegally charging into a ruck, while Dave Kearney has also being ruled out, just weeks after returning to the fold. 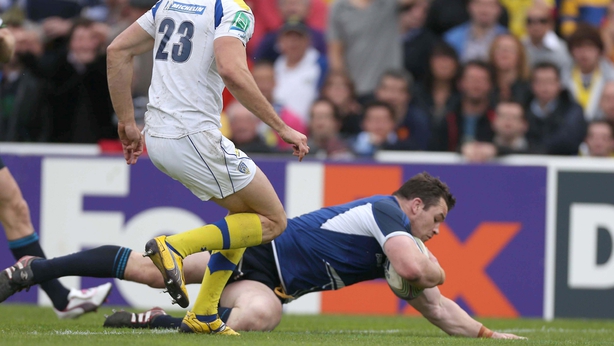 There is a certain familiarity between the sides – no team has played Clermont more often in Europe than Leinster (9) – and the French side have had the upperhand in the last two meetings.

Significantly, Leo Cullen's side have won both knock-out games between the sides as question marks still surround Clermont’s mental resolve to win the competition.

With Munster in action in the other semi-final, the potential for an all-Irish final in Edinburgh remains alive, and Murphy is impressed by the upturn in fortunes for both provinces this season.

"This year both sides have really turned it around and getting their reward for consistent high quality performances," he said.

"There is nowhere you’d rather be than semi-final of Europe, with both teams having a chance to go that one step further.

"It’s a good place to be, but we have got to get through Clermont first before we worry about Edinburgh in three weeks’ time."

Listen to live coverage of Saturday’s Champions Cup semi-final between Munster and Saracens at the Aviva Stadium on RTÉ Radio 1 (KO 3.15pm)

Cadbury Boost ambassadors, Alan Quinlan, Fiona Coghlan and Jordi Murphy, were joined by Dave Kearney, to launch the first ever #BoostYourAwareness Touch Rugby Blitz, which will take place on Friday, 19th May, in Lansdowne Rugby Football Club. The day-long event, which will raise in excess of €10,000 for Cadbury’s charity partner Aware, will see 20 teams compete in the blitz – which aims to highlight and educate participants on the importance of maintaining positive mental health, by staying active. Teams can register for the blitz at http://www.irishrugby.ie/touch/register.php. Entry is charged at €500 per team, with the entry fee in full going directly to Aware. Team registration closes at 5pm on Friday 12th May. 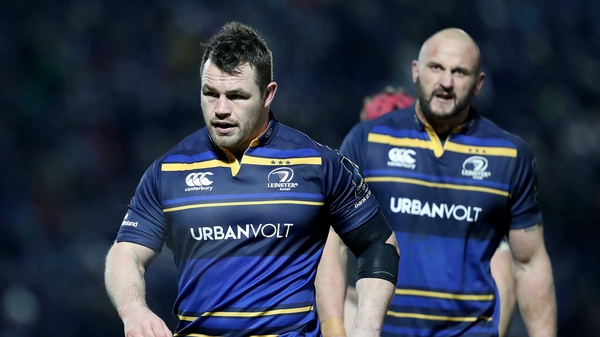