Munster winger Simon Zebo insists Wednesday's squad announcement for the British and Irish Lions will in no way affect preparations for their Champions Cup semi-final.

Saracens travel to the Aviva Stadium on Saturday (Kick-off 3.15pm, live on RTE Radio 1) with a place in May's final at Murrayfield up for grabs.

Munster have lost their last four semi-finals and will be outsiders to see off the reigning European kingpins at the weekend.

Warren Gatland announces his Lions squad at midday on Wednesday, with players on tenterhooks to see whether they make the cut

But Ireland international Zebo, called up as injury cover for the 2013 Lions tour, does not think the timing of the announcement will detract from more immediate concerns.

"To be honest it is not much of a distraction," he said. "This is the biggest week in our season and for a lot of players this weekend is the biggest game of their careers.

"We are 100% focused on Saracens, that is the objective and the only thing in players' minds.

"It is quite hard to believe but it actually is, everyone is bubbling nicely and the Lions are going to take a back seat this week regardless of selection.

"We are not going to be talking about the Lions because it is out of our control, one thing that is in our control is the game at the weekend." 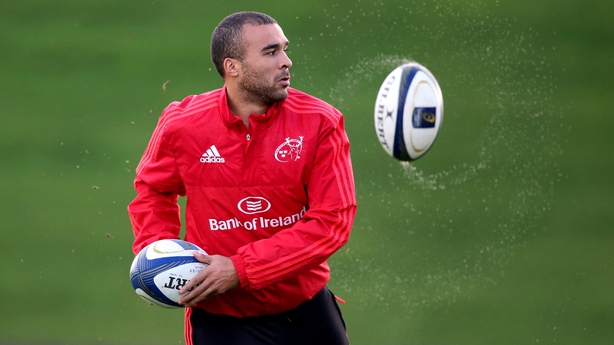 Zebo does not intend to be glued to the television as he waits to hear whether he has been included in Gatland's ranks.

"At 12 o'clock on Wednesday I will be training," the 27-year-old added. "So I won't be watching anything, I will be out preparing for Saracens so at the weekend I can make sure I play well.

"Saracens are the defending champions and are an unbelievable side. We will show them respect but having said that we will give it our best shot."

Zebo has made more than 110 appearances for Munster and believes it may be time for them to break their recent semi-final hoodoo.

"We have been a core group of players now for a couple of years and we have obviously been through some tough times," he said.

"But we have a lot of players who are playing well in key positions - and that has been important to our form.

"Obviously the likes of Rassie (Erasmus) and Jack (Nienaber) who have come in and guided us along the way have also helped.

"It is good to be back in the semi-finals in Europe, it is where we expect to be, where we set our standards and hopefully this game on Saturday can help us in achieving those goals.

"We might not win anything this year but if we give it our best shot we know the fans will be proud." 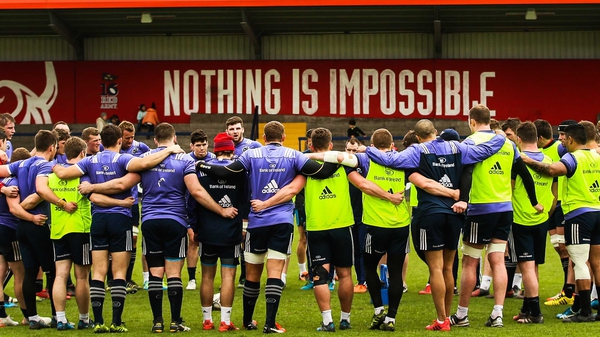