Stuart Lancaster has said he's "gutted" for Dave Kearney after it was confirmed the winger will miss the trip to Lyon for the Champions Cup semi-final showdown against Clermont this Sunday (3pm).

The 27-year-old is due to have further scans on his ankle later this week to assess the full extent of the setback.

He received oxygen as he left the pitch against Connacht on Saturday evening after 47 minutes, the latest blow in an injury-ravaged campaign that has seen him miss a large chunk of action due to toe and ankle problems.

"We're in good shape after the Connacht game," said senior coach Lancaster. "Dave Kearney is the only new concern.

"I was gutted for Dave. Hopefully he comes back before the end of the season.

"Clermont are a very strong team. You know that whatever team they put out, on their day, playing at home, the motivation of trying to get to a European Cup final, on the back of beating Toulon... they're going to be hugely motivated.

"We've got to match that fire with fire." 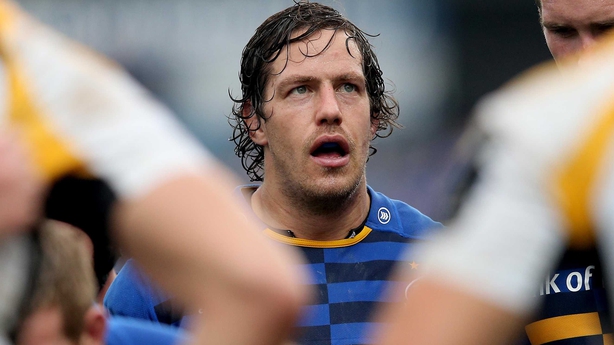 Meanwhile Mike McCarthy has played his last game for Leinster after they confirmed the 36-year-old will miss the rest of the season with back and elbow problems.

McCarthy, bound for French Pro D2 outfit Racing Club de Narbonne in the summer, had surgery on a disc in his back.

He also requires treatment to a damaged elbow, and although Leinster said he's recovering well, McCarthy will not be back in time for the season's climax.

The London-born second row, capped 19 times for Ireland, won a Pro12 title with Leinster in 2013/14 - his first season with the province - lining out in the No 5 shirt in a 34-12 win against Glasgow Warriors in the RDS final.

He made his international debut in August 2011 against Scotland in a Rugby World Cup warm-up game and was a late call up to the squad in the 2015 Rugby World Cup.

In other injury news Cathal Marsh and Bryan Byrne will both return to training this week after quad and calf issues and Jack Conan is expected to train following a neck injury picked up in the win over the Ospreys.

There was no update on Rob Kearney (knee and bicep), Jamie Heaslip (back) or Jordi Murphy (ACL).