Rassie Erasmus makes a total of 11 changes to the Munster XV for Saturday’s Guinness Pro12 derby game against Ulster at Thomond Park (3pm).

The South African had initially made nine changes but has been forced into two further switches, as half-backs Duncan Williams (groin) and Tyler Bleyendaal miss out.

Ian Keatley is promoted to the starting line-up, while Angus Lloyd, on loan from Ulster, partners him behind the scrum.

Bleyendaal (concussion) was named in the side having completed his return to play protocols this week, but has now dropped down to the bench.

A changed front row sees Dave Kilcoyne, Niall Scannell and John Ryan named, while Donnacha Ryan, included having completed his own return to play schedule, links up with Billy Holland in the second row.

There are two changes in the back row with only Jack O’Donoghue retained at number eight as captain Peter O’Mahony and Tommy O’Donnell return to the flanks. 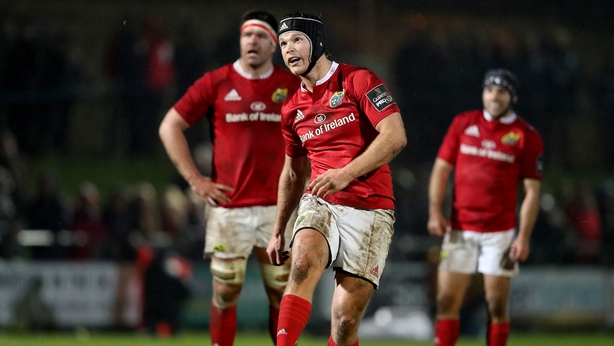 Keith Earls, Rory Scannell and Simon Zebo are introduced to the backline with Earls on the left wing, Scannell inside Francis Saili, and Zebo at full-back.

Keatley comes in having rehabbed a knee ligament injury sustained against Cardiff Blues at the start of March, while James Cronin is among the subs after overcoming a bang to his knee in last weekend’s encounter against Glasgow Warriors.

CJ Stander and Conor Murray both miss out but are still in contention for next week's Champions Cup semi-final against Saracens. 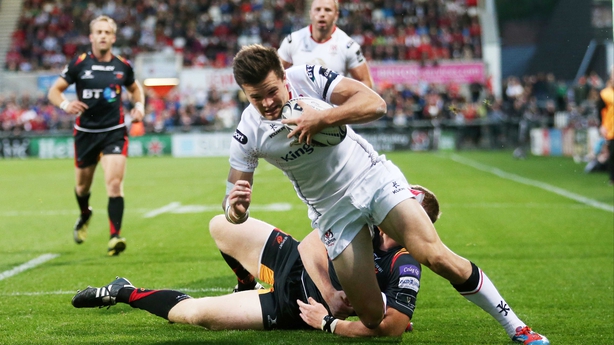 Jacob Stockdale, Ulster's top try scorer in the league this season, comes in at full-back to replace the injured Jared Payne

It's one of three changes from last week's draw with Cardiff, where Ulster made it seven games unbeaten in the competition.

Andrew Trimble, who made his return from a hand injury in a second-half appearance the last day, is preferred to fellow Ireland international Craig Gilroy on the right wing with Charles Piutau retaining the number 11 jersey.

Stuart Olding and Luke Marshall will continue their centre partnership, while Stuart McCloskey will provide strong midfield cover from the bench as he is in line to make his first senior appearance since the home win over Edinburgh, having fully recovered from a calf injury.

Paddy Jackson, who contributed a try and four successful kicks at goal against Cardiff, once again pairs up with Ruan Pienaar at half-back.

Chris Henry is the sole change in the pack as he comes in at openside flanker, with Sean Reidy shifting to number 8 and Iain Henderson continuing at blindside. 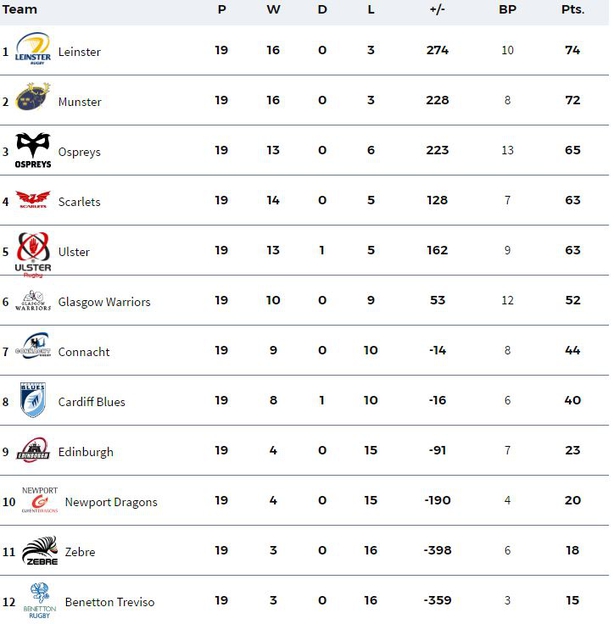