Ulster's hopes of making the Guinness PRO12 play-offs suffered what could prove to be a fatal setback after they drew 24-24 with Cardiff Blues at the Kingspan Stadium which ended the province's run of six straight wins.

In a game which saw the lead change hands throughout - with the sides also being tied at 17-17 earlier in the game - Les Kiss' squad stayed in fourth but their place in the top four looks vulnerable with three games to play.

Ulster scored tries through Paddy Jackson and Luke Marshall. Jackson kicked three conversions and a penalty while they were also awarded a penalty try in the first half which ended with the home side leading 14-10. 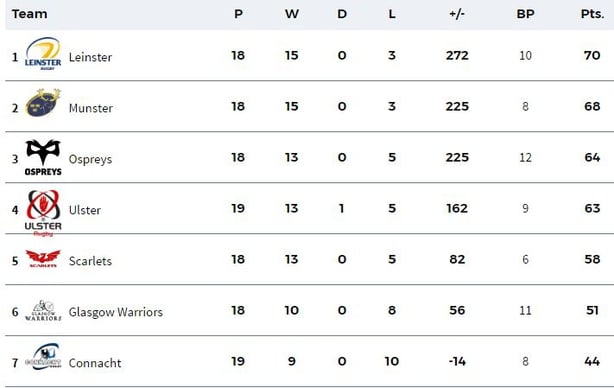 Blues centre Rey Lee-Lo scored two tries - both in the second half - while skipper Sam Warburton got over in the opening 40 minutes before he hobbled off. Gareth Anscombe kicked three conversions and a penalty.

Anscombe scored the first points of the game with a ninth-minute penalty after Rory Best failed to roll away from a ruck but Ulster then struck back two minutes later after Ruan Pienaar's chip through was collected by Jackson who ran in under the sticks.

He converted his own score to put Ulster 7-3 up.

But the Blues struck back after 22 minutes when a series of missed first-up tackles saw skipper Warburton driven over from close range and Anscombe added the extras.

Four minutes later, though, and Ulster put a penalty into the corner and from the driving maul referee Ian Davies awarded a penalty try which Jackson again converted to put the home side back in the lead. 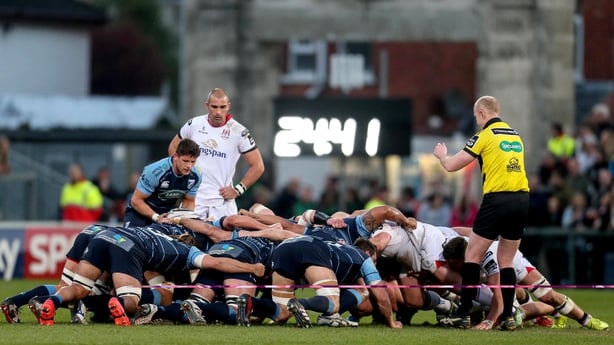 The Blues got off the mark just six minutes after the restart when Lee-Lo exploded through a gap to dot down under the sticks. Anscombe converted and Cardiff led again 17-14.

Jackson tied the scores with his first penalty on 56 minutes but the Blues hit back four minutes later with Lee-Lo scoring his second which Anscombe converted to take the Blues into a 24-17 lead.

The home side were not finished though and Marshall barrelled through to score after 68 minutes from Jackson's inside pass, with the out-half's conversion bringing Ulster level again.

Despite a frantic finish from the home side, with Charles Piutau nearly getting away after a length-of-the-field break-out, they could not add any more points and had to be content with the draw.