Leinster coach Leo Cullen has decided to rest a number of front-line players for tomorrow's Pro12 clash with Ospreys in Wales (3pm, live on RTÉ Radio 1).

Johnny Sexton, Garry Ringrose and Sean O’Brien have been left out of the match-day 23.

Robbie Henshaw, Joey Carbery and Isa Nacewa are the only backs that started the win over Wasps to be retained, with winger Adam Byrne the only injury-enforced change.

There are two changes in the back row with only Jack Conan retained at number eight, with fit again Rhys Ruddock back at blind side and Josh van der Flier at open side flanker.

Meanwhile, the Munster team to host Glasgow on Saturday in Cork (7.35pm) shows ten changes to the side that beat Toulouse.

In midfield, Francis Saili starts alongside Jaco Taute for the first time.

Jean Deysel (below) is set to make his first appearance for the province having been named in the back row. 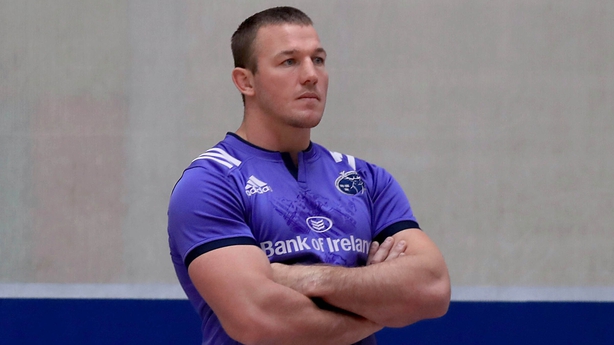