With a grand slam at stake, Ireland Women can’t afford to get off to a slow start against England, says captain Paula Fitzpatrick.

The sides meet tonight at Donnybrook (8pm, live on RTÉ2 and RTÉ 2fm) in a title decider, with both teams coming into the clash after four wins each.

England currently top the table with a massive +154 points difference and arrive in Dublin off the back of a 64-0 win over Scotland.

Ireland are one point behind in the table and despite their four victories have struggled to find consistency in their play.

"They’ve been racking up a fair few scores on teams so it will be a huge challenge for us but one that we’re really relishing and looking forward to.

“Friday night, Paddy’s Day, huge crowd in Donnybrook, it should be a really exciting game.

“We’ve been getting the results, sometimes just about.

"It’s about getting a great start against them and being able to carry that through.” 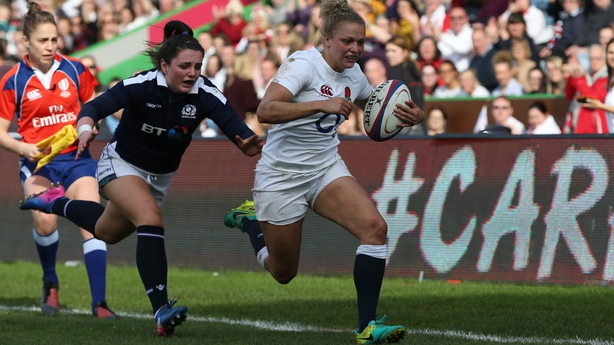 Ireland last won the grand slam in 2013, while the England team won it for the three years preceding that.

Fitzpatrick knows that a tough battle lies ahead.

She added: “They are a quality team. They’re going to have a purple patch in the game and it’s just about how we can weather that storm and then how we can also impose ourselves on the game.

“Hopefully everybody gets out to support us and hopefully we can make it a great night.”

This is only the second time in the history of the Women's Six Nations that both sides are going for a grand slam in round five. On the previous occasion, France beat England 13-12 in Bourg-en-Bresse to take the 2004 Grand Slam