Wales have named an unchanged team to face Ireland in their RBS Six Nations encounter in Cardiff on Friday night.

Taulupe Faletau must again make do with a place on the replacements bench as Ross Moriarty is rewarded with his fine form at number 8 and retains his jersey for the 8pm clash.

Alongside him in the backrow will be  Justin Tipuric, who wins his 50th cap. Captain Alun Wyn Jones and Jake Ball continue their partnership in the second-row with Rob Evans, Ken Owens and Tomas Francis named in the front-row.

The backline too is as it was in the loss to the Scots and Howley says it is a chance to right last week’s wrong.

"We felt it was important the same group of players had the opportunity to go out and perform on Friday so we have named an unchanged match-day squad,” he said.

"Ireland are one of the in-form sides in world rugby"

"Friday night is an opportunity for us.  There is a lot of experience in our group and you don't become a bad team overnight. We want to show what we can do and that experience will be very important this week.

"We know we need to be more clinical and we need to execute better under pressure and we have been working hard on that during the last few weeks.”

The former scrum-half also warned his players that they will face one of the strongest sides in the game at present,

"Ireland are one of the in-form sides in world rugby and are coached very well and packed with experience and there are a number of interesting match-up across both teams,” he said. 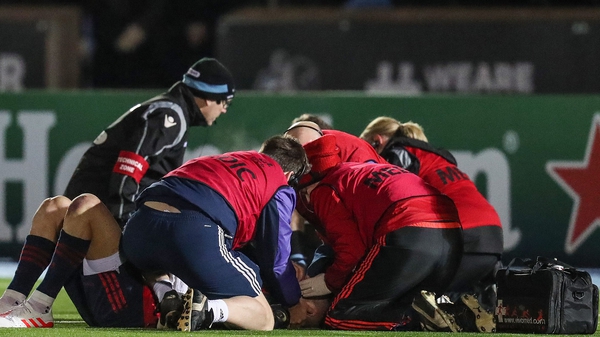