Blues wing Aled Summerhill and replacement Munster centre Francis Saili had crossed for the only tries of a tight first 76 minutes, with Steve Shingler and Scannell booting the rest of the points.

But, with the game tied at 13-13, Scannell stepped back in the pocket to drop a goal and replacement Oliver added gloss to the scoreline.

With Munster playing into the breeze in the first period, both Ian Keatley and Shingler missed with early penalty efforts, the latter of which was by far the more difficult. 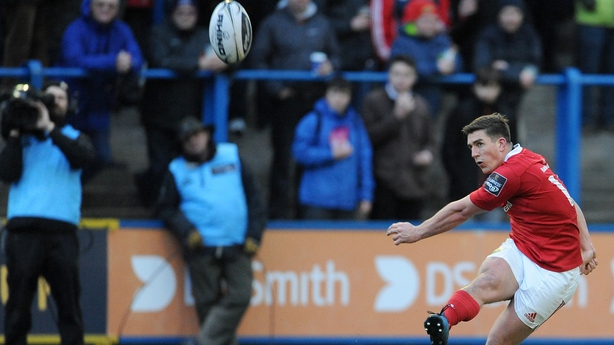 Keatley was then forced off injured, with Scannell taking over at fly-half and Saili coming on in the centre. It was a far from ideal scenario for the visitors, but Scannell settled into his new role in impressive fashion, nailing a penalty from wide on the right touchline after an earlier effort from Shingler.

Munster were seeing more of the ball but there was little between the teams, despite the visitors setting the pace towards the top of the PRO12 table.

The Blues created a couple of half chances, with wing Tom James looking lively, while a fly hack from captain Lloyd Williams nearly saw the scrum-half cross for the game's opening try.

Danny Wilson's men were at least compensated for that near miss by a second penalty from Shingler and turned around 6-3 up after Scannell was awry from 35 metres out with his second effort on goal.

Scannell missed again at the start of the second period, but Munster were then given a numerical advantage after Blues centre Willis Halaholo was rightly yellow-carded for a high tackle on Andrew Conway. It was an opportunity they failed to take.

A loose pass from Duncan Williams was seized upon by Summerhill, who picked up inside his own half and raced away to the line to score under the posts. Shingler converted and, out of nowhere, the Blues led 13-3. Munster, though, were having none of that and they soon hit back.

Replacement Saili cut a superb line through the home defence and easily escaped the clutches of Blues full-back Matthew Morgan. Scannell added the simple extras to leave just three points between the teams at the hour mark.

Scannell's 67th-minute penalty then tied matters at 13-13 and it was Munster who were finishing the game the stronger. The visitors dominated territory and possession in the final 10 minutes and eventually they got their rewards through Scannell and then Oliver. 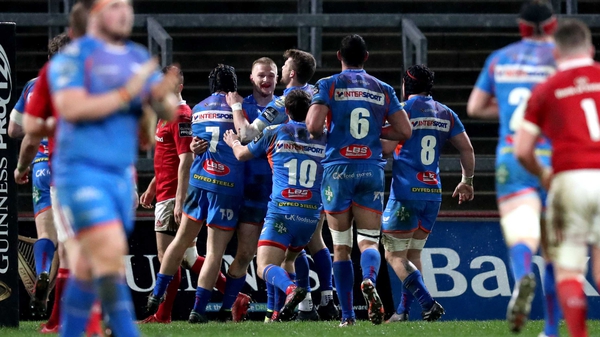