Ireland backs Andrew Trimble, Craig Gilroy and Jared Payne have been included in the Ulster team for Friday's Guinness Pro12 fixture against Treviso at Kingspan Stadium.

Springbok back row Marcell Coetzee is also named in the starting XV after recovering from an illness that saw him miss Sunday's bonus point win over Zebre.

Les Kiss will start Gilroy at full-back for the first time this season, while Trimble and Charles Piutau will occupy the wing berths.

Payne, who featured off the bench against the Italians, will start in the 13 jersey, with Stuart Olding alongside him in midfield. Pete Nelson and Ruan Pienaar will continue their successful half-back partnership for the fourth consecutive match.

Rob Herring will again captain the side from hooker and he will be joined in the front row by props Callum Black and Wiehahn Herbst. Kieran Treadwell and Franco van der Merwe will pack down in the second row and the loose forwards are Coetzee, Roger Wilson and Sean Reidy.

John Andrew, Andy Warwick and Ricky Lutton will provide back up for the front row, with Pete Browne and Clive Ross and named as the additional forward replacements. Paul Marshall, Luke Marshall and Jacob Stockdale will offer strong cover for the backline. 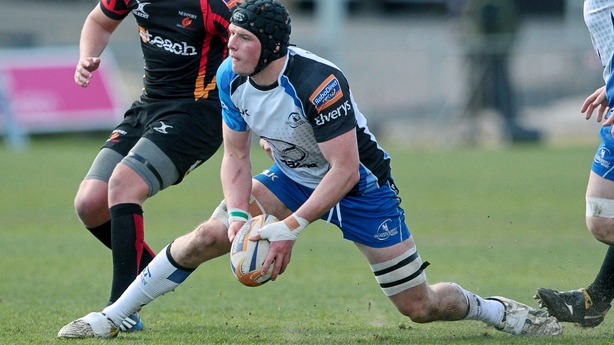 Connacht have made 12 changes for their clash with Zebre at the Sportsground, with Eoghan Masterson among the starting XV.

Danie Poolman Niyi Adeolokun and Bundee Aki are the only players to remain from the win over Trevso.

Poolman, who started on the wing in that game, shifts to fullback.

Steve Crosbie will make his Connacht debut, starting in a new half-back partnership with John Cooney. Tom Farrell and Stacey Ili come in to complete the youthful back line.

There are wholesale changes to the pack and Tom McCartney is handed the captaincy while John Muldoon, who has started all but one game this season, takes a place on the bench.

Ronan Loughney and Dominic Robertson-McCoy pack down in the front row with Lewis Stevenson and Andrew Browne – who returns for the first time this year – making up the second-row partnership.

After 12 months away from the game to overcome a serious knee injury, Masterson makes his return to professional rugby.

The 23-year-old, who has played with the Connacht Eagles and AIL-side Galwegians RFC in recent weeks, starts at number 8 in an all-new back row with Eoin McKeon and Naulia Dawai.

Head coach Pat Lam said: “With a five-day turnaround on the back of our trip to Italy, we had always planned to make changes to the side. This will be a great opportunity for others in the squad to show what they can do.

“I’m delighted to see Eoghan (Masterson) and Andrew (Browne) make their return to match action at home tomorrow night. The team are buzzing for them and we’re really looking forward to being back at the Sportsground.

“Having faced Zebre three times already this season, we know that we can expect a tough, physical challenge. It’s vital that we give them the respect they deserve through our preparation and execution of our own game plan.”