Conor O'Shea has reacted to scrutiny of Italy's place in the RBS 6 Nations by declaring the tournament should be expanded if the sport is to flourish.

Georgia sit above the Azzurri in the world rankings but are denied a place at Europe's top table due to the refusal by organisers to introduce promotion and relegation or a play-off system.

O'Shea insists that any changes to the Six Nations' structure should see it enlarged to include Georgia rather creating a scenario whereby Italy might be demoted, using the examples of Romania's demise and Scotland's rebirth to illustrate his point.

"Italy has earned the right to be in the Six Nations because they've had some massive wins against top tier nations as well as bad days," O'Shea said.

"I think it's sad when I look at the Romania of the 1970 and 80s and see what they were allowed to become.

"We need the game to grow and expand. If we don't expand the game, we'll kill it."

"Look at Scotland beating Wales today (Saturday). Would you have said five years ago they'd be in the position of beating Ireland and Wales? They've been through a real struggle but are now coming out of the other side.

"We need the game to grow and expand. If we don't expand the game, we'll kill it because there will only be three or four sides left.

"We shouldn't be reducing the game, it's not as if we have a million countries playing rugby. If we don't expand, we'll be passing on a terrible game to our kids.

"It's brilliant what Georgia are doing, but it baffles me when people want to contract the game. 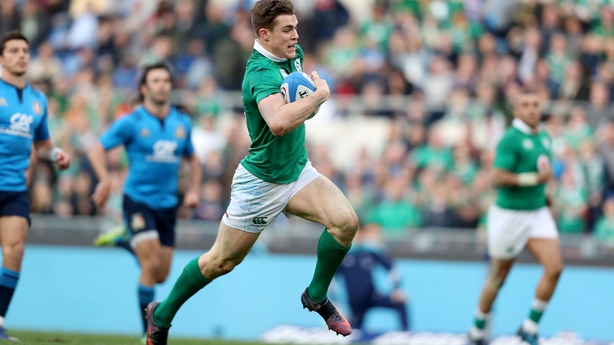 "It's frustrating to hear people talk about relegation when our job should be to make Italian rugby strong. We need support at a difficult time."

Italy conceded 96 points against Wales and Ireland in the opening two rounds of the tournament and their points against total is expected to increase further when they face England at Twickenham on Sunday.

"We know we're under the microscope. We're learning but we know there will be tough times. We're not as good as we think and not as bad as people think," O'Shea said.

"I know some people will be going to Twickenham expecting England to score 60 or 70 and that might happen, but we want to give a performance that shows what we're about.

"We know that we're not going to go from bottom of the pile to the top, but we have to change the structure of Italian rugby in order to catch up with the best in the world."