Simon Zebo insists the Irish squad is excited at the opportunity to right the wrongs from their defeat to Scotland when they take on Italy in their seconds match of the RBS Six Nations.

A bid for a third Championship in fourth years got off to the worst possible start at Murrayfield, while the Italians too will also be keen to bounce back from their loss to Wales in the opening weekend of the 2017 competition.

Before they can look forward, Schmidt's charges had to reflect on the Scottish disappointment, and while the video analysis didn’t make for good viewing, Zebo says it was an opportunity to identify the major issues that need addressing.

“We had a long review of the game. We were pointed out certain areas where it went wrong,” he told RTÉ Sport.

“We went back to the drawing board and hopefully corrected a few things and there is still a lot to play for.”

The presence of Conor O’Shea in charge of an Italian side adds more spice to the fixture, but the 29-cap international laughs off the notion that O’Shea will have a better understanding of Ireland, and indeed Zebo’s game.

“I don’t even know what I’m going to do, so I don’t think Conor will,” he joked.

“Every team knows certain patterns and plays teams like to run, but as far as individuals, there is only  a certain amount you can analyse.”

The versatile back will look to add to his haul of eight international tries, but is wary that the Azzurri too will be looking to get their campaign up and running and possess the personnel to cause an upset, like they did against South Africa last Autumn.

“Italy have got quality players in their side. They are capable of beating anyone on their day," he said.

“They have got a brute of a forward pack, but you have the likes of Michele Campagnaro, Luke McLean who is a very handy footballer. They have got threats all over the place.

“We know we are in for a backlash, especially [Italy] playing at home, but as long as we focus on ourselves and right our wrongs from last week, we should be in a good place.”

While hopes of a Grand Slam have been dashed, the title is very much to play for and Zebo says the mood in the camp has improved significantly as the week has progressed.

“There’s been a few smiles, but that’s been the latter part of the week,” he said

"The first couple of days were pretty tough and grim.

"We know now where we went wrong and we’re excited about the challenge ahead, so there’s a bit more of a bounce and confidence about us." 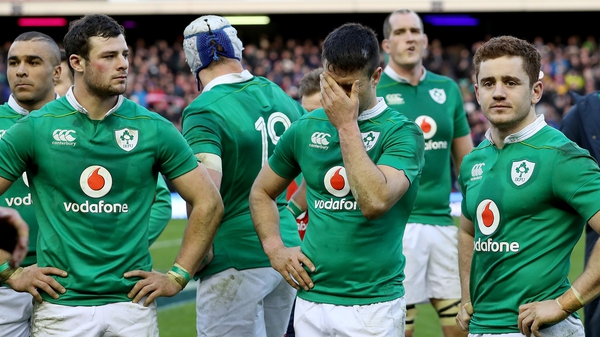